​A Cure on the Horizon? 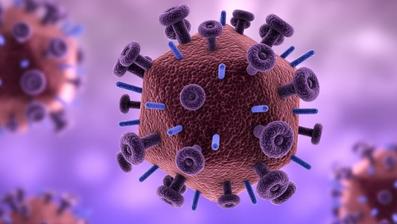 For millions of people around the world suffering from HIV, there is now hope after an experimental vaccine has left a 44-year-old, unnamed British man with no detectable levels of the virus. The new treatment, along with a high dosage of the antiretroviral drug Vorinostat, is the culmination of a joint effort by the National Health Service of the United Kingdom and five British institutions: Oxford, Cambridge, Imperial College, King’s College, and University College. It works by causing HIV-infected cells to produce more proteins, allowing the immune system to detect and destroy them. The treatment goes a step further than past efforts, because not only does it suppress the virus, but destroys dormant cells that carry the virus. While many doctors and medical experts are wary to say that this treatment is a cure, it is evident that this vaccine is a triumphant breakthrough in HIV treatment, and within the next decade we may see the end of HIV infection.
HIV, or the Human Immunodeficiency Virus, is a virus that causes AIDS, or Acquired Immunodeficiency Syndrome. It acts by infecting specialized white blood cells, called T-cells, which are a vital part of the body’s immune system. The first documented case of AIDS was in the United States in 1981, when a cluster of men in New York City began experiencing a rare form of skin cancer. The term ‘AIDS’ was originally coined in 1982. Although it is believed to have spread from non-human primates to humans in sub-Saharan Africa in the early 20th century, many of the cases in the United States involved gay men and injection drug users, sparking a stigma against the virus as being one isolated to these two groups, which was later discovered not to be the case.
Experts are calling this new breakthrough the first ‘serious’ potential cure to HIV, although past therapies have been successful in slowing the spread of the virus. Many are owing this breakthrough to the fact that our understanding of HIV has increased tremendously over the past few years. Indeed, there have been other isolated cases where HIV treatment has had remarkable success.  In 2013, a newborn baby in Mississippi was “functionally cured” of the disease, having been born from an infected mother. The so-called “Mississippi Baby” received treatment 30 hours after having been born, and a month later, HIV levels in the blood were undetectable. However, while she was cured for a small period of time, the virus eventually rebounded two years later. Another HIV patient, a man dubbed the “Berlin patient,” received a bone marrow transplant for leukemia in 2007, but blood tests showed his virus had dropped to undetectable levels. Although this treatment was successful, it has not been replicated with the same results since.
The real question will be whether or not this treatment becomes more successful with new trials. The FDA, or the Food and Drug Administration, has a policy of fast-tracking the development of drugs for life-threatening illnesses, as requested by the company that creates the drug. Once a new drug is fast-tracked, it will be ready to enter the market as soon as possible. Fast-tracking designation allows all steps of the regulation period to be expedited, providing incentives to both the FDA and drug companies. If clinical trials of this therapy produce the same results as they did for the man with untraceable amounts of HIV in his system, it is likely that the researchers will apply for the drug to be fast-tracked. Whether or not the drug produces an effective cure remains to be seen until 2018, when clinical trials end in the UK, but it is safe to say that a cure to HIV may soon be on the horizon.