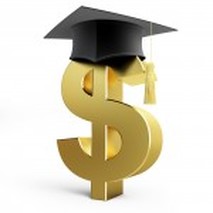 ​In short, College For All is a plan to make higher education a public good. This means that for any person who wishes to earn a degree from a public college, the government would pick up the tab. You know, like how I desire to breath clean air and vioah lah- the EPA eliminates life threatening air pollution. Yes, a higher education could be virtually as accessible as air, imagine that! This plan would guarantee every American, regardless of their economic status, the opportunity to achieve a degree at any public college or university at which they were accepted. In a society in which 70% of people believe a college degree is necessary for a better life yet under 40% of the current population have had the privilege of attaining one, the social and economic effects would be, to say the least, substantial[1].

Of course the critics always have plenty to say.

“If they get it for free, they will have no incentive to work hard!”
Eh, I'd say the shot at a better job and a better life for themselves and their children is typically motivation enough. And wait, haven't we already gotten high school for free, motivation intact?

“This will diminish the value of a college degree!”
Nope. The opposite. For a time being, the subsequent hike in college applicants would actually make the application processes more competitive and the acceptance rates lower.

“Not every person is suited for a job requiring a college degree!”
You may be right. But why not give the individual the right to make that determination for them self.

“This plan doesn’t solve the whole problem!”
You are correct. There would still be marginal costs incurred by students for things like books, food, and housing expenses. There are also disparities in education that date back far before higher ed, originating in pre k, primary, and secondary schools that yield massive implications for student trajectories and professional success. Indeed, as the case with any law, shortcomings would be inevitable. But this law would accomplish a lot and simply not supporting it because it doesn't accomplish everything, keeps us from doing something.

And my favorite of all.
“This is too expensive!”
This plan would cost common taxpayers virtually nothing. To fund this measure, the federal government would essentially impose a “sales tax” on Wall Street speculation. These activities are predominantly facilitated by investment houses and hedge funds and exist within one of the only American markets in which purchases aren't presently taxed. The Financial Transactions Tax (FTT) would levy a 0.5% tax on stock purchases, a 0.1% fee on bond purchases, and a 0.0005% fee on derivatives[2]. As stipulated by College For All, the costs for tuition would be absorbed 33% by the states (who already devote funds to their public universities) and 67% by the federal government. Though it is estimated the federal government would have to spend $62.6 billion to make public colleges tuition free, if we deduct that which the government already spends in Pell Grants, the real price drops to $40 million[3]. If implemented, the marginal taxes imposed by the FTT are estimated to generate $130 billion dollars in revenue, nearly three times what's needed to make public college free[4].

Bernie Sanders’ College For All plan is not just great for the obvious reasons. Yes, it would grant all Americans the opportunity to attend college. Yes, it would create a more equitable and opportunistic society. And yes, it would once more resurrect the possibility for what centuries of rhetoricians have promised—the American Dream. But to the average skeptic’s surprise, this public offering would do more than simply further the left’s political agenda for more “free stuff.” It would be monumentally great for our economy.

College For All is a plan to provide free education for any student attending a four-year public university.  In the current system, the average cost of college tuition ranges from $36,000 at public institutions to $124,000 at private, and as a result over 41 million Americans hold student debt, averaging over $35,000 per pupil. In total, college graduates owe a whopping $1.3 trillion nationwide. On paper, the removal of college cost would absolve future generations of this economic burden, but in practice, it would do so much more. Social benefits of free college aside, the blooming absence of consumer debt would increase economic security, spending freedom, and healthy economic risk-taking across the middle class, generating pervasive growth economy-wide.

Allow me to quickly reiterate what we know.

Over the past century, the U.S. has developed from a rapidly industrializing nation to the post-industrial world power it is today. Presently, the U.S. economy is consumer-driven and the workforce is primarily service-based. As a result, the middle class labor market predominantly calls for skilled positions and demands much higher levels of education for their workforce, most commonly, in the form of four year degrees.

Highlighted changes in the nation’s labor and commercial demands have created social and economic pressure for Americans to obtain degrees in higher education which most Americans have come to view as the only avenue to a middle class job and a comfortable future. This transition, however, has arrived during a period of meteoric college tuition hikes during which tuition rates have risen 1120%, nearly four times the amount of the Consumer Price Index --a common measure for inflation[5]. In response, many low income and middle class students have attempted to circumvent the financial barriers to success by incurring student loans that enable their degree attainment.

What many 18 year old college entrants fail to realize, is that the financial barrier to middle class life that is first embodied by the financial cost of a college degree, merely becomes deferred to post graduate life. Many students agree to take on debt, idealistically assuming that their future self will be equipped with a degree, a job, and thus the ability to deal with their debt with ease and convenience when the time comes. In reality, the acceptance of student loans is only a temporary solution, while the true barrier to a successful middle class life and an ideal role in the economy remains in the form of debt that inhibits their participation in unforeseen ways. As graduates, they face two options: to default on their loan debt, allowing the taxpayers to foot the bill while their credit score drops to nothing; OR to face an economic reality that severely limits the economic freedoms, life options, and financial security that is traditionally expected in middle class adulthood.

Graduates with student debt and entry-level salaries (assuming they have a job), have a diminished opportunity to save and spend in ways that would significantly hamper the domestic economy. Small time consumer habits like clothing and luxury good purchases would clearly be affected by less disposable income, but large purchases like cars and homes which are linked to much larger American industries are impeded as a result of the inability to save money. Recent graduates faced with large loan bills typically to the tune of $200-800 a month must forego money they could have used to save, in order to pay their outrageous debts.

Savings plays an important role in our economy and without it, important consumer habits are forgone. The ability to save allows people to eventually consume larger items like automobiles, contributing to an enormous domestic industry that is indubitably linked to the success of many more. This can likely be best exemplified by the purchase (or lack thereof) of homes in the US. The burden of debt diminishes ability for recent graduates to purchase a home, or even move out of their parents’ home and engage in traditional middle class economic activity. This inability to purchase homes decreases demand in the housing industry and vast network of related industries like real estate, construction, landscaping, and raw material production.

Lastly and most importantly, it should be noted that the lack of economic resources for an emerging generation discourages entrepreneurship and innovation. To start a business is to accept a financial risk. Furthermore, most small businesses require significant start up capital that is most commonly provided in the form of small business loans from banks. Taking on one loan is already risky, but if a person already has outstanding debts, taking on an additional debt would appear to most as too much of a liability and in effect, vastly discourage entrepreneurial behavior. With small and medium sized business owners as our economy’s largest employing sector[6], a failure to start and sustain new businesses is a failure to create many potential jobs.

Many of the effects of rising tuition and subsequent rising student debt levels have been less noticeable due to their increases over multiple decades. Despite their gradual effect, the described economic consequences of student debt are severe. However, if future student debts were virtually eliminated by College For All, the impacts would be substantial and indeed felt. In the years following implementation of this law, billions and ultimately trillions of dollars would be redirected away from repayments to student loan debt collectors and funneled back towards a rejuvenated US consumer economy. Industries would expand, employment would rise, and the economy would receive a gigantic jump start by way of a cash infusion larger in size than that of the 2009 emergency bailout. Only in this instance, we’d also be giving everybody free college. Think about it.