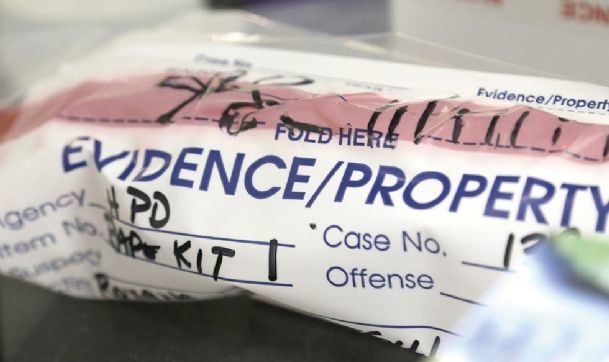 According to the U.S. Department of Justice's National Crime Victimization Survey, an average of 293,066 individuals (age 12 or older) become victims of rape and sexual assault each year. Put in other words, every 107 seconds, less than two minutes, another American is either raped or sexually assaulted.

Unfortunately, these victims often have a difficult decision to make: to report or not to report. Without filing a report, victims are unable to get justice, and their perpetrators are unable to be prosecuted. However, for many of these individuals, the odds against them getting justice are often so high that only a third decide to report.

In reality, it is not difficult to understand why more survivors do not file charges and come forward. Individuals who step forward can be publicly shamed, ostracized by loved ones, called “liars,” or even blamed for the crime.

These individuals are not only victims at the hands of their perpetrators but are also victims at the hands of our current U.S. criminal justice system. As the current law stands, all victims of sexual assault are responsible for bearing the burden of proof. Currently, there is not a nation-wide procedure in place to ensure that all law enforcement professionals, regardless of geographical jurisdiction, treat victims with the fair and consistent treatment that they deserve. As a result, it is often difficult for sexual assault victims to secure and preserve the most critical piece of proof: the rape kit.

As RAINN, the nation's largest anti-sexual assault organization, describes:  the rape kit is a “sexual assault forensic exam . . . [which] includes a checklist, materials, and instructions, along with envelopes and containers to package specimens collected.”

In February 2016, a new bill was introduced in the U.S. Senate that has the potential to rectify this problem. This new legislation is known as the Sexual Assault Survivors’ Rights Act. If passed, this bill could make a world of difference for sexual assault survivors across the country.

The purpose of the Sexual Assault Survivors’ Rights Act is to change how the legal system treats rape and sexual assault victims. Specifically, the bill is calling for a comprehensive Bill of Rights that would increase the protections of all survivors of sexual assault nationwide. These protections include: “the right to be notified of their rights in clear language, the right to know their own medical information from their rape kits, the right not to have to pay for a rape kit, and the right to a copy of their own police report. “

This new legislation has been spearheaded by a 24-year-old woman named Amanda Nguyen. As a survivor of sexual assault herself, Nguyen has worked in conjunction with the White House’s current deputy liaison at the State Department to make this bill a reality. After she was attacked, Nguyen experienced first-hand what it was like to deal with the flawed legal system in Massachusetts. Throughout the process, she struggled to file her complaint and track the location of her rape test kit.  Nguyen created the #RiseUp campaign to advocate for and empower all survivors with civil rights.

Right now, some areas of the U.S. have more inclusive legal protections and policies for sexual assault survivors than others. However, the implementation of the Sexual Assault Survivors’ Rights Act would change this. In fact, it would set a standard across the country. The legislation would legally mandate that all rape and sexual assault victims have access to counselors and specific information about their rights. Also, it would increase the transparency of rape test kits. In theory, the bill would eliminate some of the current police department procedural issues, including the kit not being tested or the results being "lost." As the most controversial addition to the proposed bill, all survivors, who take a rape kit, would have the right to know the location of the kit and whether or not it was tested.

Although the bill is new, there have been hopeful signs of support so far. The House’s resolution has attracted 51 bipartisan sponsors, and an online petition has received nearly 75,000 signatures in support of the cause. Currently the biggest challenge to getting the Sexual Assault Survivors’ Rights Act passed is raising awareness about this issue. As the U.S. transitions into its new leadership over the course of the next two years, Sexual Assault policy reform will become more important than ever before. The reality is: sexual assault and rape are complex problems, but this new bill is the first step in finding a new solution to address the many injustices faced by rape and sexual assault survivors around the country.