A New Outlook for Google 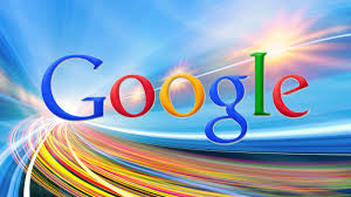 Google’s first-quarter earnings released this week surprised many on Wall Street. After traditionally gushing out profits, the tech giants have currently struggled to retain this momentum and are now being accused of ‘binge buying’, buying that has little to do with its core business of Internet search and advertising.

One of the problems in the last weeks and the last year is that Google’s core advertising business has been jeopardized by Internet users who have migrated to mobile phones as their search engines. Google’s core advertising business strategy is to complement search results by offering useful information and rank higher the ads that are actually useful to the user. However, ads on phones and tablets still do not have the familiarity and appeal that they do on bigger computers and they are not as profitable for Google. Google’s ad volume jumped 26% in the first quarter, however, which sounds good but is less than expected, while the amount advertisers pay dropped by 9%. Other notable expenses are an increase in capital expenditures to $2.35 billion from $1.2 billion in 2013 as Google races with Amazon to build out the computing cloud for potential customers.

The company has however also found new revenue steams and has intensified its innovative efforts. It recently acquired several robotic companies, including Boston Dynamics, Cheetah and other mechanical creatures. It also bought Nest Labs, which developed an innovative thermostat for $3.2 billion and this week bought Titan Aerospace, a company that makes drone satellites. This vast cash hoard on robotics, artificial intelligence and high altitude drones all have one thing in common: they are focused on the future. But as many critiques have noted, the distant future. The android maker has no intention of becoming a military contractor of its own, but experts and researchers anticipate that with a booming population, people may come to increasingly rely on assistive robots for elderly care. However, Google’s master plan remains a secret, and it isn’t sharing much about the purchases augmenting its newly- launched robotics division.

Generally Wall Street has encouraged these acquisitions, even the unusual ones. “All the crazy stuff like robotics is the best thing for the company,” said Gene Munster, an analyst with Piper Jaffray. “Investors feel like it’s a company that’s going to continue to find ways to grow. It’s a big contrast with Apple, whose investors are begging them to do more crazy stuff.”

The possibilities are tantalizing: What can Google do with a brood of hyper-mobile galloping robots? Google has shown that no idea is too outlandish and is by no means just another bit of Silicon Valley-style one-upmanship between Larry Page and Amazon CEO Jeff Bezos.