A Significant Attack on Party Polarization 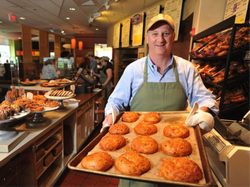 Fox News recently ran a piece titled, “The Great Food Stamp Binge”. In it, Jason Greenslate, a surfer-dude from California, uses his $200 a month to buy luxury items like sushi and lobster while spending free time surfing on the coast. While doubt about the credibility of the source and the story itself exists, conservatives have used the firestorm the piece has instigated to investigate the program.

Over the course of the next week, the Republican-controlled House is expected to come to a vote concerning the Supplemental Nutrition Assistance Program (SNAP), through which food stamps are distributed. Many members are hoping to cut $40 billion from the program over a decade, arguing that it is too large and incentivizes the poor to stay out of work. The bill would cut off food aid after three months to recipients between the ages of 18 and 50 if they are unable to find a job. Republican backers say it combats fraud, but advocates say it will hurt the poor. As talks of government budget cuts continue in the Republican-controlled House, progressive programs like food stamps—part of bipartisan legislation since 1973-- are bound to be placed on the chopping block.

Advocates of SNAP are not going down without a fight. More than 50 New Yorkers, including leaders of local food banks made their way to Washington last week for a day of lobbying. Celebrity chef Tom Colicchio, a board member of the group Food Policy Action, met with House Democrats to rally support and help save the food stamp program from dramatic cuts. They advocate for SNAP beneficiaries, who, on $50-$100 a month, can only make it to the middle of the month before going to a food bank.

The outreach director at Arkansas Advocates for Children and Families, Brett Kincaid, says that the cuts proposed by the House come at the worst time imaginable for beneficiaries. “The problem is people are hungry,” he says. “You can make the argument that they can go out and sustain themselves, and they should be able to find work. And in a perfect world, we would agree with that. But the world is imperfect, and if the jobs aren’t there, the jobs aren’t there.”

On seemingly countless issues, conservatives have been depicted as the side of the 1%, wary of big government and individuals who prey on free handouts. In the current polarized political atmosphere, Democrats have become representative of the opposite causes. This is what makes the recent public actions by the CEO of Panera Bread, Ron Shaich, all the more intriguing.

In collaboration with several members of Congress, Shaich agreed to jump on board with the “SNAP Challenge.” The week long (September 15 to September 21) challenge invited Americans across the nation to find out first-hand what it’s like to live off food stamps. Shaich lived on $4.50 a day as a result, and has illustrated his observations on his LinkedIn blog. Shaich noted that only after a few minutes walking the aisles, “the concern set in that I may not be able to sustain myself for the next seven days. [The $31 budget] didn’t feel so insignificant until I actually started filling—and editing—what was ultimately a barren shopping cart.”

Shaich’s challenge fractures our idea of conservatism and the 1%. It turns out that members of 1% actually can feel empathy for the lower rungs of the 99%, and still remain CEOs of large, successful companies. Hopefully, efforts like Shaich’s can help break down the terrible party polarization that exists in both the SNAP issue, and in other issues remaining in Obama’s presidency. We need more brave people like Shaich to step up and look at party politics differently.