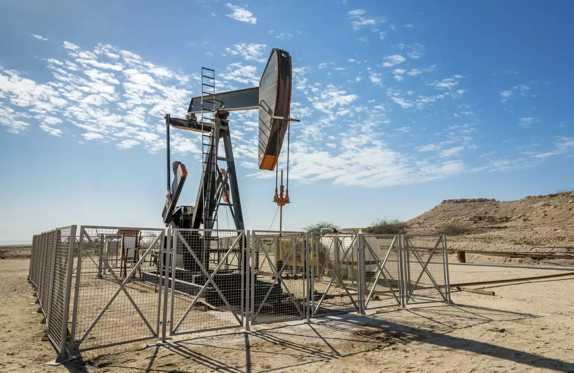 No longer in a secure seat of power over the international oil markets, Saudi Arabia faces a “sink or swim” crisis over their influence on OPEC and its competitors. Facing threats from internal developments and its overseas partners, the Saudi government must restructure their trade agreements and energy security to ensure they remain locked in the pecking order.

The concept of “blood for oil” in the Middle East is slowly taking a backseat in the eyes of the United States government and other governing bodies across the globe. The Bush Administration, under the cover of Operation Iraqi Freedom in 2003, devised a plan to liberate the Iraqi people from a leader known for his horrendous human rights record. However, many critics realized that the unilateral strike had ulterior motives. Simon Bromley, a prominent lecturer and political analyst, stated [1] that “Regime change in Baghdad might provide an opportunity to integrate Iraq’s oil supply into international markets and to strengthen the US position in the Gulf order.” Rising domestic demand provided the US government with a two-pronged strategy in Iraq.[i] Military involvement came hand in hand with the energy crisis building at home.
However, domestic production of shale oil has reduced the dependence on foreign exports, especially Saudi oil. Once a prominent ally and economic partner, Saudi Arabia faces a domestic and international crossroad, as reestablished markets in Iraq and Iran, along with the US withdrawal, now stand to strike a blow to their influence over OPEC and the world markets. Meanwhile, rising domestic consumption due to expanding industries are drastically reducing the excess reserves.[ii] The house of Saud must decide whether to renegotiate trading deals with its closest partners, or risk economic downturn and a reduced grip on the regional markets of OPEC and the Middle East.

Under Pressure
The crisis can mainly be traced back to the growth in US shale production over the past decade. The U.S. International Energy Agency predicts that at the current rate of shale production, the U.S. can achieve self-sufficiency, reducing their strong dependence on Saudi oil. Although the U.S. will still draw from their reserves, the decline in exports to the U.S. will reduce quarterly revenues and leave the Saudis looking elsewhere.[iii] Although increased demand for oil in Asian economies looks promising, they are still years from turning a profit. Meanwhile, stabilizing countries, such as Iran, who could be relieved from some of its sanctions due to its completed nuclear program deal, and a reformed administration in Iraq could see their own domestic output put a dent in the percentage of reserves, thus reducing Saudi influence.[iv] Iran in particular seems to strike the biggest blow. Saudi Arabia’s feud with Iran stretches beyond the oil escapade, with Saudi forces limiting Iranian aid to rebels in Yemen and other civil war hotspots as Iran attempts to reassert itself as a regional power. Iran’s pursuance to avoid barriers to entry into the oil markets will entice international partners, seeing them as a reliable source for taking away revenue from the Saudi government. Saudi Arabia’s partners are either parting ways or looking to take away from their former supplier.
Analysts predict that by 2020, Saudi Arabia will consume more oil that it sends out due to rising domestic demand from growing industrial markets. If they fail to renegotiate contracts with their partners, and continues consuming its own oil at the current pace, its share of power over OPEC decisions will be gone. As of this summer, the IEA projected that Saudi Arabia would meet its 100,000 barrel a day increase in demand, but that seems to be out of the question, as slower economic growth and lack of international demand have the Saudi government questioning pooling all their resources into oil, and whether they’ll have a rebound in the near future.[v]

Damage Control or Going on the Offensive?
Internally, the house of Saud can always resort to its traditional solutions. In the past decade, younger intellectuals have called for the diversification of a restrained labor-intensive economy, and the government has responded with expansions in public works, education, and medical aid. Capital-heavy expansion has also aided the diversification of an oil-based economy, reducing financial risks and enticing foreign investors. However, the Saudi government will resort to spending cuts alongside massive spikes in oil production to retain reserves and reduce the need for domestic consumption by limiting infrastructure growth. [vi]Public projects will be put on hold in hopes of a better tomorrow. The Saudi government knows that by raising their reserves, they can maintain their grip on OPEC and refuse production cuts, thus continuing to pump their economy with fresh revenues. On the other hand, Saudi developers could look to reinforce large subsidies while reducing domestic demand for oil, and look to diversify their energy portfolio, which will reduce their dependence on external efforts. Although this seems like a longshot, this path could provide a more stable long-term plan for the Saudi government.[vii]
However, if the Saudi government regains their majority reserves in OPEC, they will once again resort to increasing global prices and manipulating markets; something the US and other foreign importers won’t take lightly. The US will look to put downward pressure on prices by lowering barriers to entry for Saudi Arabia’s competitors, primarily Iran and Iraq. Iran will see the gradual removal of economic sanctions, allowing for a greater hold on oil production and the circulation of their reserves. However, the US would still remain a major importer of Saudi oil and want to remain in Saudi Arabia’s economy, thus maintaining a delicate balancing act.[viii] But let’s be honest, it wouldn’t be fun without some risk-taking.