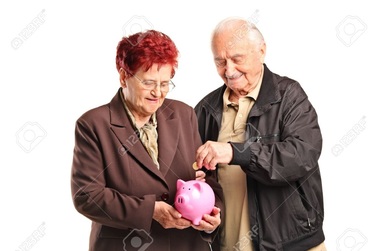 Although rarely reported, the issue of financial abuse among the elderly is a surprisingly prevalent issue in the United States. One in twenty adults over the age of 60 were reported victims of financial abuse, a recent study reports, making it the third largest category of elderly abuse. Another study estimated that more than 7.3 million senior citizens already have “been taken advantage of financially in terms of an inappropriate investment, unreasonably high fees for financial services, or outright fraud.” Not only does this issue affect a large chunk of the senior community, it has significant consequences on their financial future and stability. Often without a means of replacing the lost finances, elderly victims of financial fraud turn to social welfare institutions like Medicare, resulting in both a decrease in quality of life and a depletion of welfare funds.

And this is where the issue connects with public policy and public health. In 2015, Medicare costs totaled $505 billion (14% of the total federal budget), with almost $50 billion of that budget allocated for nursing facilities alone. Of this huge amount of money put towards nursing facilities for the elderly, a significant portion of that money is used on elderly people who have no other way of providing for themselves following financial abuse. Mark S. Lachs, one of the two authors of the original article on AAFV, said in an interview that, “being a victim of financial exploitation is a major risk factor for entering entitlement programs,” and may be a cause of the swelling Medicare budge issue that faces us today.

Attempts have been made to address this issue, but so far have suffered from a lack of federal mandate or method of proliferation. the The Consumer Financial Protection Bureau (CFPB) has published a guide to be given to older Americans at risk of financial abuse. The guide serves as an educational body of information documenting the ways in which elderly people can be financially abused, but may not be easily accessible to its target demographic. The CFPB has also published a similar guide for those managing an elderly person’s money to prevent financial abuse from other avenues as well, but again without any measured national effect.

A solution to this problem may lie in the AAFV article’s proposal. Through classifying it as a clinical syndrome, public health officials would be able to address AAFV in the most cost effective manner. Some have proposed including a required risk assessment in all medical checkup appointments for elderly patients. The checklists, performed by doctors while in the room, include red flags that patient should be aware of, and useful sources of information so they can be better prepared to address any issues should the occur. If implemented, the addition of a checklist alone could have extremely beneficial effects. Financial abuse effects the uninformed the most, and teaching this population about their risk factors could demonstratively decrease their vulnerability.

The proposed medicalization of AAFV is still somewhat of a fringe topic. It has received some media discussion, but little has been done to implement a public health response. Since the research behind AAFV has yet to be confirmed by other sources, it is understandable that the response has been small. However, one can only hope that the reclassification of AAFV occurs. Doing this would create a static definition of a pervasive problem and would inevitably require a public policy response, something that would no doubt be more effective in addressing the problem. And by doing so, we could do ourselves, our parents, and our grandparents a favor, by saving everyone a little money.