American Academy of Pediatrics Urge to Regulate E-Cigarettes and Raise the Smoking Age to 21
By Beccy Suh, 11/2/2015 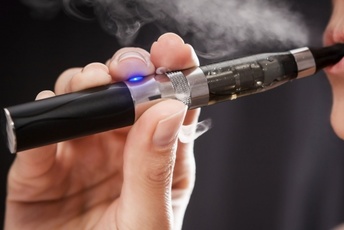 ​We have reached a point in our society where science has caught up to the rhetoric and glamorization the tobacco industry has been propagating since its inception. Now, everyone from your teachers in middle school to your parents at the dinner table and even the warning label on the box of cigarettes in your back pocket will tell you that smoking seriously harms you and others around you. In the campaign against tobacco usage, doctors and health care professions are specifically concerned with prevention aimed at children, for nicotine addiction begins in childhood: nearly 9 in 10 cigarette smokers have began smoking by 18. Yet despite strides made in smoking reduction, healthcare systems are still pressed for more efficacious solutions to lower smoking rates among US teens as at current rates, 5.6 million adolescents, or 1 out of every 13 Americans 17 or younger alive today, will die of a smoking related illness.
The increasing amount of scientific literature against cigarettes has gave rise to a number of cigarette substitutes and products advertised to be less hazardous to or a tool to wean off the addiction to cigarettes. The current product on the rise: the e-cigarette. Targeted specifically to teens with flavors such as watermelon and cotton candy with the assurance by e-cigarette companies that their products are catalysts that help smokers wean off their addiction, e-cigarette popularity has recently exploded. Between 2013 and 2014 alone, e-cigarette usage has tripled among middle and high students.
Yet, despite the fact that the F.D.A. requires all manufactures of products claiming to help people quite smoking to prevent scientific data to verify their claims, zero e-cigarette companies have complied. Why are e-cigarette companies allowed to escape this level of accountability by the F.D.A.? Because there is no governmental regulation of e-cigarettes or of the approximately 500 brands and 7,700 flavors or chemicals used to make them. This lack of oversight is especially alarming and of cause for concern as early studies are indicating that leading brands of e-cigarettes contain detectable amount of carcinogens, chemicals exhaled by smokers contain toxins such as formaldehyde and acetaldehyde, and large doses have lead to nicotine poisoning, consisting of symptoms from nausea to vomiting and seizures.
Studies are beginning to question the most fundamental claim of e-cigarette companies. A 2014 study concluded that after a year of e-cigarette usage, cigarette smokers are no more likely to quit smoking. The effectiveness of e-cigarettes as a mechanism to curb cigarette usage is additionally called into question as a 2014 survey revealed 8.7 percent reported using an e-cigarette in the past 30 days, while only 4 percent reported using a traditional cigarette but among 12th graders, 17.1 percent reported e-cigarette use and 13.6 percent reported use of a traditional cigarette, leading researchers to consider e-cigarettes not as an alternative to cigarettes but a gateway to them.
The American Academy of Pediatrics suggested in an October 2015 policy briefing to regulate the usage of e-cigarettes by the F.D.A. as all other tobacco products and also raise the age to buy all tobacco products, e-cigarettes included, to 21. Although a federal raise of the age limit is not within the F.D.A.’s purview, several jurisdictions, including NYU, have elected to raise the legal age to 21. A 2007 study by the Institute of Medicine found that raising the smoking rates to 21 would decrease smoking rates by 12%, which would translate into 4.2 million fewer years of life lost from the generation of people buying tobacco products.
The American Academy of Pediatrics concluded, “Tobacco dependence is a pediatric disease. Tobacco smoke exposure harms children’s health. Pediatricians can and should take actions to protect children and adolescents from tobacco dependence and tobacco smoke exposure.” While it is impossible to insulate children from families members who smoke regularly or movies and advertisements that glamorize smoking, raising the minimum smoking age and regulating e-cigarettes are two ways lawmakers can treat a “pediatric disease” that has lifelong complications if not attended to.