An End to Impunity in Sri Lanka? 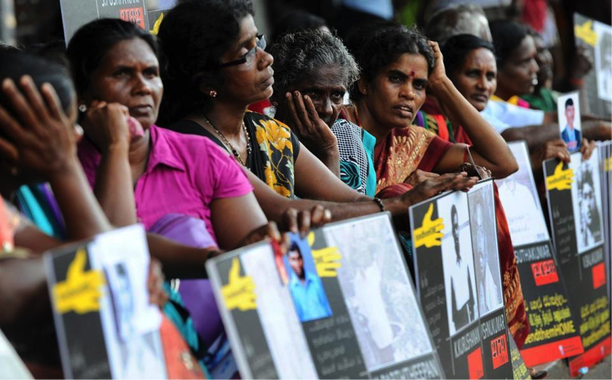 On September 16th, the United Nations Human Rights Council (UNHRC) released its resolution that addressed the alleged war crimes that took place near the end the Sri Lankan Civil War. The council, having drawn upon forensics and witness accounts found evidences of “indiscriminate shelling, extrajudicial killings, enforced disappearances, torture, sexual violence, and recruitment of children”, the most of horrific crimes that have long been awaiting international validation. Although these tendencies were rampant throughout the entire conflict, the resolution released by the UNHRC only touches upon the crimes committed towards the end of the war.  The U.N called for a hybrid court in which there would be both domestic and international actors overseeing the address of war crimes.  The resolution comes on the heels of the statement released by the Sri Lanka foreign minister that expressed the government’s intent to deal with the accusations domestically.  Sri Lanka must not underestimate its fragility and adopt the suggestions from the UNCHR as the country is unable to address allegations of war crimes without the assistance of outside forces.

A civil war plagued Sri Lanka for over three decades. Spurred by ethnic and political tensions between the Sinhalese majority and the Tamil minority, the conflict was fought primarily between the government and the Liberation Tigers of the Tamil Eelam (LTTE), a militant organization. The war lasted for over three decades ending in 2009 with at least 80,000 dead. Victims both in Sri Lanka and its diaspora have been waiting for a trial and recognition ever since.
During the war, Sri Lanka was riddled with the effects of impunity that perpetuated violence in the country; the amount of perpetrators held accountable for their actions was incredibly low.  There was an air of invincibility that clouded the judgements of many; they knew that they could commit crimes against humanity without repercussion. If Sri Lanka, forgoes the suggestions of the U.N and continues with its domestic process of accountability, a propensity towards impunity could be reignited.

For many reasons, a hybrid court is the better option than the one proposed by Sri Lanka. The possible actions of the Sri Lanka government can prove to be ineffective if not destructive.  However, Foreign Minister, Mangala Samarweera, continues to urge both the domestic and international community to not let Sri Lanka’s past cloud their judgement on what steps should be taken in the future. The minister bolstered his plea with his plan to implement a truth and reconciliation commission modeled of that of post- apartheid South Africa. But, Sri Lanka is not South Africa. What occurred in Sri Lanka is of a different nature and should require a different plan of action.  This plan could only reignite the cycle of impunity that has stricken the country for a very long time.

Although the administration that was said to have perpetrated many of the crimes was recently defeated, cronies of former President Mahinda Rajapaksa are still within the ranks of the government. Clearly, this presents a major conflict of interest that can render the process ineffective.

This is not the first time Sri Lanka has vowed to start the peace processes in the country. There have been numerous times that ended in failure. The government has a history of enlisting all measures to negate crimes of their own doing.  The government suddenly admitting to involvement or complicity in the crimes will be unlikely.  Truth and reconciliation just cannot be enough. They need to put those responsible on trial and to investigate critically. The government cannot so easily separate itself from the legacies of it past, it must confront them rather than attempt to steer it away from its dark and unavoidable history. This appears to be the best, if not the only way, that Sri Lanka will be able to achieve long-lasting peace.

The country also needs to commence the process quickly. The government hoped to enact these measures over months but the implementation period is far too long and this extended period can lead to inefficiency and eventually, complete omission of the reconciliation process on the national agenda.  The country must strive to not become another Cambodia that is just currently undergoing tribunals for a war that culminated almost thirty years ago; justice now only symbolic, though nevertheless monumental,  for the few witnesses still alive.
​
Tensions continue to fester in the country today just as it had during the period of relative peace in the early 2000s. Sri Lanka should take every measure to ensure that its past is not repeated. The whole world is watching.