An Investment in Merit
By Phoebe Keller 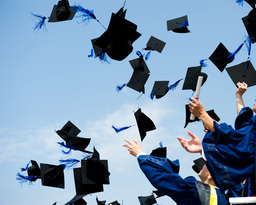 President Obama presented his community college plan as a grant of free tuition to the responsible students who are “willing to work for it.”  However, the plan, which has a projected cost of $60 billion over ten years, is simply a poor investment.  Over the past few years, the average graduation rate from community colleges has hovered around 15%, and many schools have graduation rates in the single digits.  The question must be asked- who would consider any institution with a 15% success rate a good investment?  A better policy would seek to sponsor low-income students who are capable of emerging from college successfully.  These same federal funds should be used to create “merit grants,” which would be gifted to students who performed in the top 50% of the low-income bracket on common core tests.

In 2009, Obama challenged the United States to have the highest proportion of college graduates in the world.  While this goal is admirable, sinking billions of government dollars into a failing community college system would be an inefficient use of powerful funds.  Obama predicted that his community college plan would help 9 million students save an average of $3,800 each, for a grand total of $34.2 billion dollars of government spending.  Certainly this plan would enable some students to attend college who could not have done so before.  However, these funds could be better allocated to aid struggling students with the potential to graduate.

Many people have suggested using Obama’s proposed community college funding to expand the federal Pell grant system, which funds low-income students attending any college, not just community college.  While this alternative is a step in the right direction, Pell grants generally gift students modestly; the average grant in the 2012-2013 school year was $3,579.  The still larger problem with these grants is that they, like Obama’s proposal, indiscriminately distribute money regardless of the student’s ability to succeed in a college environment.  A “merit grant” policy would sponsor the best of low-income students already receiving Pell grants, as determined by their success on common core tests.

A new means for impartially evaluating students across the country recently emerged in the form of common core testing, which has been advertised as a means to gauge college readiness.  The common core has been a controversial project, supported by the Obama administration but notoriously resisted by some parents and schools across the nation.  However, a 2009 study, conducted by the Thomas B, Fordham Institute, with a $959,116 grant from Bill Gates, described common core standards as “clearly superior” to many existing state standards.  The study found that the K-12 academic standards produced by Common Core State Standards Initiatives were clearer and more rigorous than ELA standards in 37 states, and math standards in 39 states.  While there have been complaints that the test contains confusing questions or material, it is probably a good assumption that the test will be refined over time, and will soon be a solid benchmark for high school students nationally.

“Merit grants” then would select from the students already receiving Pell grants those that performed within the top tiers on the Common Core test.  The $34.2 billion that Obama proposed to spend on granting students access to community college indiscriminately would be reallocated to low-income students who have proven themselves college ready.  In the 2012-2013 school year, 8,958,713 students received Pell grants.  The most recent report by College Board says that the average cost for public, in-state colleges in the 2014-2015 school year was $23,410.  Therefore, Obama’s same funds could be used to make two tiers of grants.  Students who performed in the 75%-99% of their state on the Common Core test would be given a $11,705 grant, which would cover roughly half the cost of their tuition, in addition to their Pell grant.  The next tier would be composed of students who performed in the top 50%-75% of their state, and these students would be gifted $3,500.  In this new system, funds would not only be allocated to students with a better chance of graduation, but would also direct these students toward more successful, four-year schools with stronger track records.

“Merit grants” are a means to more prudently allocate government funds to struggling students, without investing recklessly in all students, or in the faltering community college system.  Common Core tests are an impartial way to gauge which students are capable of thriving, and emerging in a timely manner from a college environment.  The tests also operate on a state, not a national level, and so there would be a dispersal of capable students form all areas of the country receiving “merit grants.”  The cutoff levels for different states could be adapted over time in order to ensure more equal representation for different states.  This plan would ensure that government funds are being distributed to low-income students, but specifically students who will be the good investments.  The selected students will truly be those who are ready and “willing to work for it.”