Back to the Basics: Why the Russian Conflict Needs to be Framed Differently 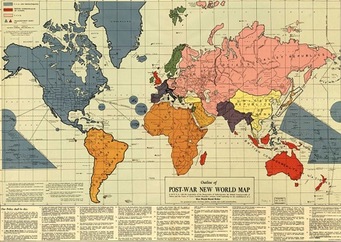 “The issues that you in the West [emphasis added] think are of primary importance are not important here at all,” argued Robert Shlegel, a Duma deputy and Kremlin loyalist in an interview with Julia Ioffe, Russian-American journalist and Senior Editor at The New Republic. This statement is striking for two reasons: Shlegel clearly draws a line between “the West” and Russia, and he argues that both sides share fundamentally different values. Such rhetoric has been fairly common during the past couple of months, if only as passing comments, from both sides. During an event hosted by the Board of Trade Metropolitan Montreal, Hillary Clinton framed the conflict over Ukraine and Crimea as “a clash of values.” Similarly, Herman Van Rompuy, the president of the European Council, spoke of an association agreement with the E.U. as a way towards “European way of life” for Ukraine, implying a very two-sided view that pits “European way of life” against Russian way of life.

A second kind of rhetoric has been prevailing that describes Vladimir Putin as “out of touch with reality” or “living in another world.” In addition to being exceedingly simplistic, dichotomous thinking, both kinds of oratory detract from what is really going on and what ought to be going on. In fact, the situation is only novel in that the U.S. is accustomed to being on the other side of intervention, and understanding that Putin’s response, while dangerous for the international system, is highly strategic and logical is the first step towards reducing tensions. Professor Adam Smith from the Anthropology Department who specializes in the Caucuses and Eurasia encapsulates Russia’s position well: it is about “strategic decisions that the other side would make in the same situation,” he argues. This position was echoed by Foreign Policy magazine in its recent article, “Sorry, Putin Isn’t Crazy.” Author Jeffrey Tayler cites NATO’s expansion even after the dissolution of the force it was supposed to counter (the Soviet Union), the U.S.’s unilateral withdrawal from an anti-ballistic missile treaty with Moscow in 2002, and U.S. aid to Ukraine for building “democratic skills” and “civic participation” since 1991 as reasons for Putin to question U.S. and European motives.

In Crimea, Russia invoked R2P, or “responsibility to protect,” the idea that sovereignty does not protect states from foreign intervention when the welfare of citizens is at stake. This means that officially, Putin cites threats to Russian speakers as well as historic and cultural ties in the region as primary reasons for intervening. It is difficult to imagine, however, that Putin was not also thinking about guaranteeing the integrity of its key naval base in Sebastopol. In his speech after the annexation of Crimea, he stresses that people should not “believe those who say Russia will take over other regions after Crimea. [Russia doesn’t] need that.” Still, recent pro-Russian activism in eastern Ukrainian cities such as Donetsk has worried the West about another Crimean-style intervention. However, the point is that for Putin, making sure Russia is not eclipsed by the expanding E.U. and NATO is more important than human rights, and if Russia does continue to expand, it will be for geopolitical reasons.

Of course, cultural differences between the U.S. and Russia do exist, but these differences can be strategically emphasized or played down depending on motives, Professor Smith explains when asked whether the two cultures are in fact opposed. However, he emphasizes, neither side should think of the conflict as a “clash of civilizations,” and pushing such rhetoric will entrain a kind of self-fulfilling prophecy. In effect, the U.S. and Russia can choose to view the situation more realistically and objectively, as a culmination of mistrust, shifting geopolitics, and increasingly divergent political ambitions, or use the civilization argument and blow up the conflict into a period of Cold War level tensions.