Basic Income: An alternative economic solution to the problem of wealth inequality 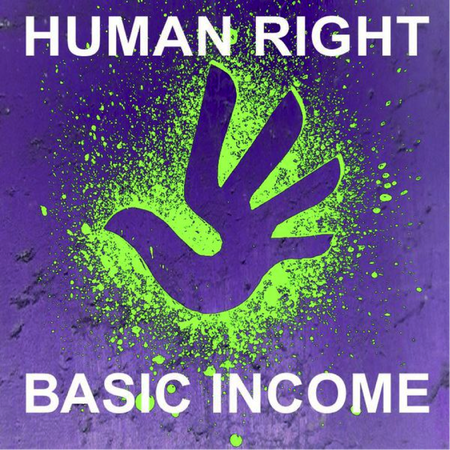 ​One of the more prevalent issues that has been a constant in American political discourse is the issue of the disparity of income between the wealthy and the middle class, or the shrinking middle class of the 21st century. Numerous solutions have been regurgitated by politicians every election cycle- tax breaks/ credits for the middle class, tax increases on high income earners, higher corporate tax rates. Yet such seemingly viable solutions have yet to see any implementation on the national scale, whilst the wealth inequality gap only increases to broaden, wages for many working American families still remain stagnant whilst the Cost of Living (COL) continues to rapidly grow. The good jobs that pay enough to raise a family on — the 20th Century manufacturing jobs that you didn’t need a college degree to get — have mostly moved away to countries such as China and Mexico where the labor costs are much cheaper. Yet perhaps it is now time for politicians and policy makers to consider a different solution entirely to this economic quagmire- the enactment of a universal basic income in the United States. In the 21st century economy, it’s time that we reform the social welfare programs of the 20th century—welfare, food stamps, unemployment benefits, that are intended to provide to foundational social safety net for every citizen- rich, poor, old or young- because the traditional system of welfare programs stemming from the Johnson era of the “Great Society” is no longer compatible in our tech-driven economy. When our economy can no longer improve the economic livelihood of the working poor and low income households. The nature of work is constantly changing, and it’s time for our policy makers to reform and fix what’s broken- making the American Dream an attainable reality for many once again.
And what’s a basic income you may ask? A basic income is an income unconditionally granted to all on an individual basis, without means test or work requirement. According to the United Nations Declaration of Human Rights Article 25 states that “Everyone has the right to a standard of living adequate for the health and well-being of himself and of his family, including food, clothing, housing and medical care and necessary social services, and the right to security in the event of unemployment, sickness, disability, widowhood, old age or other lack of livelihood in circumstances beyond his control." Basic income is a form of minimum income guarantee that differs from traditional income supplemental social programs. The basic income (BI) would differentiate in these three ways:
Prominent economists on both sides of the political spectrum have come out in favor of the basic income. Firstly, the guarantee of a universal basic income for all citizens, and would greatly alleviate the burden of poverty that many Americans experience by ensuring that this basic income would serve as a form of financial security that can ensure that all American families can afford to secure the basic necessities of living- utilities, rent, food and other such necessary expenditures. The knowledge that the basic income will ensure a basic standard of living in any circumstances will provide a sense of mental security for American workers, especially when the economy is performing poorly. This will also serve to improve mental health, reducing anxiety that stems from not having financial security and stability. Studies have shown that poverty leads to impeded cognitive function and poorer decision making.  The explosion of technology use in the workplace has caused productivity to rapidly increase and a greater share of output compared to human labor. This allows business owners- who own capital- to pay workers the same wages while cutting labor costs and earning higher profit.  Basic income alleviates this conundrum by instituting a form of “Robin Hood” tax by taxing the rich and giving money to the marginalized even if they can't find a job. This money will be spent in our communities, boosting small businesses and strengthening America’s economy. A form of a multiplier effect would occur-  every extra dollar going into the pockets of low-wage workers, standard economic multiplier models tell us, adds about $1.21 to the national economy. Thus, this would lead to increased consumption spending, resulting in an overall increase in national. About 70% of the American economy is based on consumer spending, which makes basic income an viable solution for reinvigorating and empowering the middle class once again: a new American Dream for the 21st century.