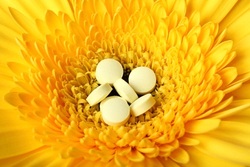 
Words like “climate change” and “global warming” have become buzzwords that are now common in our vernacular for both scientists and nonscientists alike. However, do we really know the impacts that these will have on life on the planet Earth. As common as talk about climate change is, one often overlooked aspect is the worldwide loss of biodiversity and how greatly this will affect the human population in the field of medicine.

Biodiversity is the variety and amount of variation in life and it can be used to gauge the health of ecosystems. Biodiversity is absolutely essential for the human race. Humans use, extract, benefit from, and/or rely on a large number of other organisms to produce many goods of the modern society, including many medicine.

Because of human interactions, global biodiversity will decrease. Major climate change will cause of the largest mass extinctions in global history and those and organisms that are able to make it through will be affected severely. Due to changing water levels and weather patterns, organisms that survive will be forced to relocate. This will disrupt ecological niches not only in the areas directly affected by changing environments, but also those where new species relocated. This will cause a drastic reduction in the number of extant species.

Medicine is another major part of human life where biodiversity is crucial. A large percentage (at least half) of U.S. pharmaceuticals require some type of biological source and an even higher percentage of the world relies on some sort of biologically derived medicine, either pharmaceutical  or traditional. Furthermore, research into new medicines to combat new and changing diseases would be severely limited if a large loss in biodiversity occurred.

Because all of the extant organisms in this world have developed from evolution, often very long period of evolution, many organisms must have overlapping biological pathways. It is the exploitation of this fact that allows medicines to be made and utilized from many living organisms. Medicines from a biological source can range from basic antibiotics like penicillin, to malaria drugs, to traditional medicine, to modern cancer treatment and chemotherapy.

Artemisinin is a drug that is one of the most common ways to combat malaria. It was discovered in and is still harvested from a plant named sweet wormwood. It has been used in traditional Chinese medicines. Another prime example of a drug like this is paclitaxel, sold under the brand name Taxol. It is a common drug in chemotherapy. The drug inhibits the breakdown of microtubules during mitosis, helping in cancer treatment. This drug was discovered from the bark of the Pacific yew.

The real problem is not in the loss of these organisms, but in the organisms yet undiscovered. There are probably millions of species yet to be discovered and described, that means there are countless potential medicines, treatments, and applications that could be derived from nature. Biodiversity loss greatly limits the potential research and medicinal applications that can be applied to the diseases of tomorrow.

From evolutionary perspective, organisms will adapt to change, they always do. Life on Earth has faced losses in biodiversity and climate change before. Natural selection will trend to better adapted organisms. Eventually, with the loss of biodiversity and extinctions, new niches will open and speciation will occur to fill them. As with many biological concepts, biodiversity will eventually cycle back up. This, of course, will happen over millions of years.

The Earth has experienced biodiversity loss before. But, in today’s society this will cause the devastation of many species of today, including humans. In fact, humans may be the most greatly affected because of the reliance on so many other biological resources. With a loss in biodiversity, human health will be greatly impacted in a negative way.