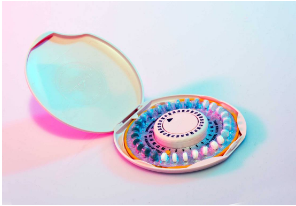 Few medications are as controversial as the birth control pill; its accessibility is constantly under legislative attack, and many quickly criticize its mere existence.  Groups within the United States, namely the Republican Party, criminalize the pill, and as a result, it has historically been incredibly difficult for many women to obtain access.  The Life At Conception Act of 2011, while it did not pass, had the support of 120 members of Congress and would have criminalized preventing an egg from fertilizing, effectively outlawing birth control.  In 2014, Burwell v. Hobby Lobby gave employers the right to deny women birth control under their employee healthcare coverage by citing religious beliefs.  And, in 2012, Rick Santorum (R-PA) came out against birth control and defended his views by saying “(Birth control) is a license to do things in a sexual realm that is counter to how things are supposed to be.”  Legislatively, birth control pills have been under siege since before Griswold v. Connecticut, when birth control was first made legally accessible to married couples, through the present day.

The strong political backlash surrounding the use of birth control pills does not, by any means, imply that the American public must also hold negative views on the topic  In November of 2015, the National Campaign to Prevent Teen and Unplanned Pregnancy found that 86% of Americans agreed with the statement “I support policies that make it easier for people 18 and older to get the full range of birth control methods,” and that 87% of Democrats and 76% of Republicans agreed with the statement “Birth control is a basic part of women’s health care.”

Not only is the pill widely supported, it is widely used as well.  In 2012, The Guttmacher Institute found that 9,720,000 American women used birth control pills as a form of contraception, accounting for 16% of women ages 15-44 and 25.9% of female contraceptives users.  Of all contraceptive options, birth control was the single most widely used, even surpassing the number of sexually active Americans who use male condoms to prevent pregnancy.

Luckily for the millions of women who rely on the pill, despite GOP resistance, access to birth control pills is slowly but surely becoming easier.  In January and April of 2016, in a massive victory for birth control supporters, women in Oregon and California became able to purchase birth control pills without a prescription.  And, in May of 2016, Governor Larry Hogan (R-MD) signed The Maryland Contraceptive Equity Act into law.  While it won’t be implemented fully until 2018, it will continue to subsidize birth control pills as ObamaCare currently does while also covering the morning after pill and brand name pills.  Planned Parenthood CEO Karen Nelson has said “there’s nothing as comprehensive as this act.”

If Maryland sets the tone for the rest of the nation, within the foreseeable future, women across the nation should be able to access and use birth control pills easily and cheaply.  Political resistance to the pill is not at all reflective of the nation’s views, and with the current trends of accessibility, ease of access will likely become more reflective of those views.