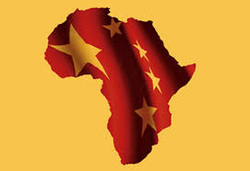 The creation of the Forum on China-Africa Cooperation in 2000 brought about a massive increase in
China’s foreign aid to Africa. Since its creation, there has been a yearly increase in China’s foreign
aid budget to African countries. The Forum on China-Africa Cooperation is an official forum between
the People’s Republic of China and African countries to improve the relationship between China and
Africa. Scholars have estimated China’s foreign aid to African countries to have been about 75 billion
from 2000-2011, but the exact numbers are unknown as China does not publish information about its
foreign aid budget. In assessing China’s foreign aid program, it is important to identify its major pros
and cons. Its provision of assistance in form of infrastructural development fosters the expansion of local
businesses and encouragement of foreign investors. In addition, China is the only known large scale
donor to developing countries that provides assistance regardless of the recipient country’s governance.
This prevents unequal growth, unequal development and unequal poverty distribution in African countries
if properly implemented. Conversely, providing aid to countries irrespective of the method of governance
can lead to abuse of power by the recipient country’s government. Some critics have also argued that
China’s exchange of natural resources for manufactured goods with African countries is a new form of
colonialism.

China’s foreign aid is primarily managed by the China Export-Import (Exim) Bank and the Chinese
Ministry of Commerce. The China Exim Bank manages concessional loans, while the Ministry
of Commerce’s Department of Aid to Foreign Countries manages grants and zero-interest loans.
Additionally, the Ministry’s Bureau for International Economic Cooperation manages the direct
implementation of aid, organizes short-term training for Chinese entrepreneurs interested in starting
business in Africa, and reviews the qualifications of Chinese firms that bid on tenders for the
implementation of turnkey projects, “in-kind” aid, and prefeasibility studies. The China Development
Bank also provides a small number of loans and sponsorships, and the Chinese government offers small
multilateral aid through the World Food Program and the Food and Agricultural Organization.


As proposed by the Prime Minister of China, Zhou Enlai (1949-1976), the principles for foreign aid
towards developing countries include: equity and mutual beneﬁt; respect of sovereignty of recipients
and non-imposition of conditions; provision of grants or highly concessional loans, as well as ﬂexibility
in their repayment; focus on self-reliance and independent economic development; small investments
yielding quick returns; provision of high-quality equipment and material at international market prices
ensuring that technical assistance is transmitted to recipients; and similar treatment for Chinese and
recipient experts. On the one hand, the principle of respect of sovereignty of recipients ensures that
foreign aid is available to every country regardless of the method of governance. This is advantageous
because it prevents unequal economic growth, unequal development and unequal poverty distribution in
African countries if properly implemented. On the other hand, autocratic leaders might use this to their
advantage and ignore the rights of the indigenous people, environment and labor standards.

Unlike many traditional donors, China provides foreign aid in form of investments in infrastructure. The
Chinese government provides the expertise for most of the infrastructural projects and awards most of the
contracts to state-owned or other types of Chinese companies who bring their own workforce. While this
has a limited impact because very few citizens of the aid recipient country are employed, it addresses the
issue of misuse of money by the government officials. In addition, investments in infrastructure increase
productivity and foster economic development. This is particularly important because many African
countries lack tarred roads and electricity, elements of infrastructure necessary for encouraging foreign
private investments and expanding local businesses.

Unlike most traditional donors, China is still relatively new to large-scale foreign aid, and the Chinese
government is presently working on creating a foreign aid agency using US foreign aid policies and
agencies as a model. Despite this, China has thus far done an impressive job in providing foreign aid, as
the country’s aid policy has made profound changes in the countries it supports.