Coal Mining Is Not Self-Sustaining 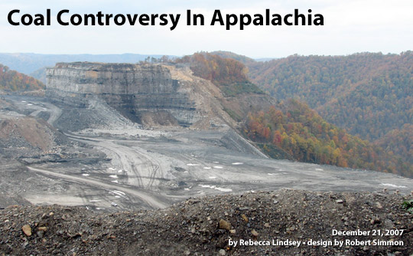 An analysis of the feasibility of revitalizing the coal industry . Unintended consequences of policy decisions have contributed to subsidies that promote environmentally harmful byproducts that have made the coal industry reliant on subsidies from international relations.
The Trump Administration has won the 2016 presidential election by focusing his narrative on “Making America Great Again.” President Trump focused on the coal industry as an area of revitalization which became a selling point for many working class Americans who have lost work in the industry. The question is can these jobs be revitalized or is the demand for coal workers non-existent.

Introduction:
A major campaign promise proposed by President Trump was to increase jobs in the coal mining industry. He struck out vocally against the Obama Administration, claiming that there was an apparent “war on coal.” This prevalent narrative allowed him to capture the hearts (and voting ballots) of millions of working class Americans in states such as Wyoming, West Virginia, and Kentucky.
The problem is that these jobs just are no longer available since these jobs are not economically, environmentally, or politically feasible. The Bureau of Labor statistics found that employment within this industry fell 40% in West Virginia in the previous five years alone. The decline in mining employment can be seen nationally. Nationally mining represented approximately 131,000 workers in 1990 and by 2015 represented 67,000 workers.  This decline must be for a reason that reason below is an analysis of the environmental and economic implications of the coal industry that make it implausible for its revitalization.
Environmental Implication :
Attempts to reform this industry’s environmental impact can lead to externalities that make it clear this industry is not manageable if we choose to mitigate the environmental loss that has occurred to both the mountains and the workers within this industry.
The historical implication of the coal mining industry’s return is due to challenges to legislation that previously blocked growth in the industry for decades. Past presidents have aligned their policy in order to maintain international diplomacy. Additionally, presidents have agreed that global citizens deserve inalienable rights: freedom of association, freedom of speech, and the freedom to breathe clean air.  In 1989, President George W. Bush, committed the United States to an environmental cause, the Clean Air Act, which was amended in 1990. The amendment aimed to curb sulfur dioxide, a byproduct of underground coal mining, that contributed to acid rain. By restricting its use, acid rain would be limited and therefore improve air quality. An unintended consequence of this action was that it created a large scale cap and trade program. The United Nations began to offer a financial incentive for a refrigerator polluant, HFC-23. The goal was that these manufacturers would trade in their pollutant and switch to an alternative source of energy. Instead, these manufacturers choose to build up excess pollutant and continue to make profit using this program. This meant a switch from underground mining to surface mining which would produce this refrigerator pollutant which was done through blowing up mines in Central Appalachia. Surface miners used a process called mountaintop removal, which resulted in the destruction of mountains and community moral. This also impacted the health of United States citizens living in these communities as well as limited the amount of workers needed to extract this byproduct and the necessary coal. This analysis of the implications of the Clean Air Act can be further explored in Hendryx’s study Unintended Consequences of the Clean Air Act. This situation created both economic incentive to switch the type of mining, which would call for less underground miners, reducing the need for employment in the mining industry overall and is shown to be environmentally harmful for citizens of Trump’s America.
Economic Implications:
The share of the energy market that has been captured by coal has begun to decline as it is not economically as competitive as natural gas and other alternative energies that are on the rise. In 2014, renewables captured 22.3% of the energy market while natural gas captured 21.6%, while coal dominates with 40.7% of the market. In the energy market U.S. coal has fallen by 13% (2015), “the highest annual percentage decrease of any fossil fuel in the past 50 years (Fossil fuels.., EIA). Wind and solar are amongst the fastest growing energy sources. While renewable energy is subsidized by the U.S. government, natural gas is not and remains a large competitor to coal as data from the Environmental Information Administration has demonstrated. Natural gas is simply cheaper to produce through the process of fracking. Fracking is a process of extracting oil or gas by injecting a high pressure liquid into the earth’s surface. This alternative energy source to coal remains controversial due to its own host of environmental concerns. It is important to note that the market share is a reflection of consumer preference and market share data clearly indicates consumer demand has declined in the goal industry. The coal industry is in desperate need for leadership that would be able to revitalize their image, but as consumers appear to prefer renewable energy and natural gas it is unlikely that market revitalization can occur.

Conclusion:
In my opinion, it is apparent that coal is not cost-efficient considering that it is an environmental incentive that motivated a shift in the type of mining employment. If the industry was self-supporting, that is in an inelastic demand for coal, then this program would not have had the impact that it did. Besides the shift to surface mining, the coal industry cannot economically compete with renewable energy or natural gas making it a poor investment. If the Trump Administration wants to “make America great again” there is a need for innovation and advancement in the energy industry that drives the market away from the coal industry. Is it time for the end of the coal industry? America is ready to become great again with a shift in the energy industry to alternative forms of energy that are gaining in popularity due to both their economic and environmental success.