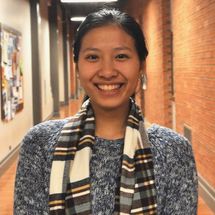 Stephannie is a Junior in the School of Industrial and Labor Relations, minoring in Economics and Business. Prior to serving as President, Stephannie was a policy analyst in the Education policy center and served as Programming Director and interim Senior Policy Chairman. Outside of Roosevelt, she conducts research on teacher attraction in public schools and volunteers at Fall Creek Elementary School. Contact her at ​sxc4@cornell.edu. 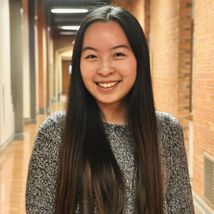 Emmy Chen is a sophomore in the College of Arts and Sciences majoring in Government and minoring in Inequality Studies, Public Policy, and Information Science. Her main areas of interest are human and civil rights, specifically in studying gender-based violence and discrimination, as well as how social institutions and processes exacerbate inequities in outcome. She is pursuing a career in human rights law and public policy after graduation. Emmy has previously conducted research on childhood sexual assault disclosure and the rape-kit testing backlog. She has also led double project research teams analyzing the US think tank and policy landscape with the Think Tanks and Civil Societies Program. At Cornell, she is also a board member of the university’s chapter of the Phi Alpha Delta pre-law organization, a Cayuga's Watcher, and a member of Consent Ed. Contact her at elc223@cornell.edu.

Aaron is a junior in the School of Industrial and Labor Relations from New York City. Before serving as Vice President, Aaron spent a year as Communications Director. Aaron is also involved around the Cornell campus as a member of the Tamid Group, a finance and consulting club that works with Israeli startups. If you need to contact Aaron you can find him at Lynah Rink when the men's hockey team is playing, or email him at amg476@cornell.edu. 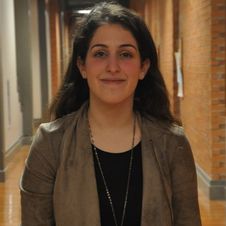 Liel is a freshman in the College of Industrial and Labor Relations and a Cornell Meinig Family National Scholar. She is interested in politics and hopes to pursue a career in government. Apart from serving as the Roosevelt Institute's Advocacy Chair, Liel is involved with the Cornell International Affairs Review, the Cornell Public Service Center, and the Tompkins County League of Women's Voters. Contact her at ls798@cornell.edu.

Henry is a senior Government major, with minors in Law & Society, Public Policy, and Science & Technology Studies. On campus, he writes for the Cornell Daily Sun and the Cornell Roosevelt Institute. He is currently writing an honors thesis on the relationship between partisan gerrymandering and depressed voter turnout. He hopes to pursue a career in public policy research, political advocacy, or law. Contact him at hhk33@cornell.edu