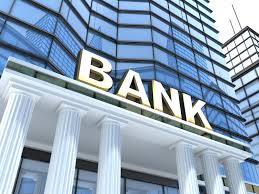 Speaking to a post-recession society, rhetoric used frequently throughout the current
presidential race works to remind Americans that the state of our current financial system still
threatens our economic security. “Too big to fail” banks have emerged in the wake of the Great
Recession as the unelected barons of the American economic prosperity, whose gargantuan
spheres of influence permeate every sector of the economy, and whose demise could mean the
end of it. The robust nature of these financial institutions remains a clear and insidious liability to
American economic stability, thus the policy currently proliferating their existence and
prevalence, must be reformed.
​
The term “too big to fail” commonly used in political rhetoric refers to the notion that
commercial banks today have reached a threshold of size, sprawl, and influence wherein if one
were to fail, so too would the entire economy. The financial institutions in question, such as
Bank of America and JP Morgan Chase, are active in virtually every sector of the economy in
both an investment and commercial capacity. This means that they have substantial economic
ties to multiple sectors of our economy that in return have considerable vested interests in the
banks unobstructed prosperity.

Though it’s easy to assign blame for their existence on the market vacuums created
during the 2008 financial crisis that catalyzed their assent, the predominant forces behind these
monstrosities were man made. Our Franken-Banks have a mother and a father, and their
names are Dodd-Frank and Glass-Steagall (or lack thereof). In an almost poetic turn of events,
it has been the Democrat supported Dodd-Frank law passed in 2010, and the Republican
praised “repeal” of Glass-Steagall in 1990s, that have worked in concert to create this problem.
Who knew the Right and Left would have actually accomplished something together. Though
unintentional, Dodd-Frank helped to strengthen the market share and competitive position of
large banks, while operating in a post Glass-Steagall world that allowed such expansion to
move at speeds and directions that continued to put the consumer at risk. As a result, the six
largest banks went from controlling 15% of our nation&#39;s assets at the turn of the 21st century, to
controlling over 65% today.

Let me be clear and say that the passage of Dodd-Frank was not a mistake. The bill
came as a well-deserved response to the economic crisis born from a tumultuous and grossly
unregulated economy. Financial institutions across the country had created a culture of greed
and ignorance that not only permitted, but promoted irresponsible economic behavior such as
lending to unqualified borrowers and the risky trading of infamous bundled mortgages. The
Dodd-Frank Wall Street Reform and Consumer Protection Act effectively implemented a series
of regulations on banking activity that increased government oversight of the industry and
disincentivized risky investment. They included limitations on the amount firms can participate in
housing market investment, strict qualifications for borrowing and lending, a sharp cut in interest
rates, and heightened government oversight of banking activities.

These regulations successfully brought safeguards for stability and reliability to the
American economy, however there were adverse implications as well. This tidal wave of new
regulations forced substantial internal transitions within the institutions themselves that required
many to hire entire new divisions of employees tasked with ensuring the bank&#39;s actions were in
compliance with new law. Other costly changes such as elevated capital reserve requirements and
cuts in market interest rates were adopted as well. Though larger banks could foot the bill of these
changes, smaller banks that were already struggling as a result of the financial crisis, had a harder
time affording it and many went out of business entirely 2 . On top of the market space made available
by the bank rampant failures and contractions immediately following the crisis, the failing of small
and regional banks now gave the surviving large banks even greater market dominance. 3
Though Dodd Frank facilitated opportunistic expansion of banks, the so-called repeal of

Glass-Steagall in 1999 legalized expansion of institutions in ways that put consumers and thus the
economy at greater risk. Glass-Steagall was, similar to Dodd-Frank, a package of regulations that
was passed in response to the 1929 market crash. It ensured that banks could no longer operate in
an investment bank capacity and a commercial capacity. This protected consumers from being
inadvertently subjected to the consequences of the risks taken by investment bankers managed by
the same firm. In 1999, this changed. Technically, Glass Steagall was not repealed, but rather
circumvented by legislation that permitted the bank holding companies to engage in previously
prohibited investment activities. This meant that banks could essentially detach their ownership as a
separate entity in the form of “holding companies” that could then operate outside of Glass-Steagall
and acquire other companies that engage in investment banking activities. Banks could now become
holding companies and operate in whichever and however many capacities as they so chose. In the
wake of the financial crisis, this loophole was used save the very investment firms responsible for
the crash. In some cases, like that of Bank of America and Merrill Lynch, commercial banks
(technically via their holding companies) acquired the failing investment firms. Other companies like
Goldman Sachs seized the opportunity to save themselves by legally transitioning from the status of
an investment bank that wasn’t eligible for TARP funds, to that of a commercial holding company
that ultimately received $10 billion in the bailout 4 . These methods of expansion continue to proliferate
each bank's influence in the economy.

What’s fact is that both Dodd-Frank and an inert Glass-Steagall have had a hand in
creating the daunting financial Frankensteins of our day, and thus it will likely require changes in
both of these laws to adequately and justly dismantle them. Dodd-Frank should be amended to
include provisions that increased smaller banks’ ability to reabsorb greater market share by
relieving the disproportionate burdens they face. For example, this could mean a progressive
capital reserve requirement that holds bigger banks to larger percentages of specie reserve,
and smaller banks to smaller proportions. Yet, most importantly, Glass-Steagall must be brought
back to its former strength as a legal barrier between investment and commercial banking. On a
micro level, outlawing these combinations protects patrons of commercial banks’ from exposure
to uninvited risk. On a macro level, it breaks down the banks into “small enough to fail” piece
and ends their draconian hold on the American economy.