​Fuel Efficiency: Moving Forward or Not Moving at All? 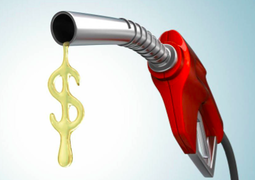 Although the Obama administration had set out to reduce auto pollution and drive up gas mileage with its stringent fuel efficiency standards, backlash from the automobile industry has thwarted the administration from achieving its goals. While the policy seems to have lost its influence, there are several steps that could remedy the situation.
The administration’s mileage-and-emissions program in 2009 represents the largest step taken by any nations towards dealing with the issue of global warming. The administration’s goal is further bolstered by government reports citing the need to strengthen fuel-efficiency standards in order to cut carbon dioxide emissions. In addition to intensifying the fuel-efficiency standards, the administration should also close loopholes that tolerate allow automakers to pollute without repercussions.
While fuel-efficiency rose from 2007 to 2013, there seems to be no improvement in the 2014 models. Furthermore, with the increase in production of pickups, minivans, and S.U.Vs, fuel efficiency seems to have decreased in the 2015 models. Rather than setting overall pollution or mileage targets, the fuel efficiency standards have served to provide a sliding scale that contribute to weaker mileage and emission rules for companies as they increase their production of trucks.
In addition to preserving the environment, complying with emissions standards can help companies capitalize on the fuel efficiency trends to generate higher revenue. High gas prices and growing environmental concerns have created a higher demand for fuel efficient cars. However, SUVs and pickup trucks are decreasing in demand as there is a steep decline in demand for these larger vehicles. Therefore, it would be in the best interest of automobile companies to switch to producing more fuel efficient cars.
As a result, the increased production of these kinds of vehicles offset any potential benefit from the increased fuel economy for light trucks. Therefore, these effects offset the fuel-efficiency of more efficient vehicles, an effect that highlights the counterproductive nature of these standards. Cars emit greenhouse gases and air pollutants that can be deposited into soil and water, which could affect the respiratory, immune, and neurological systems of animals. In addition, emissions contribute to acid rain. Concurrently, American companies deliver the worst fleetwide fuel-efficiency. Accordingly, the burden falls on American companies to adjust their mentalities to the realities of the situation and improve our environment.
In addition to increasing the effects of global warming, resistance from the automakers also has a direct effect on the health of the American people due to increased emissions. Pregnant women and children under 14 are especially vulnerable to health problems from air pollution. High air pollution levels can aggravate cardiovascular and respiratory disease, damage cells in the respiratory system, and increase stress to hearts and lungs as these organs are forced to work harder to supply the body with sufficient oxygen.
Moreover, the long term effects of exposure to air pollution can have detrimental effects on the body. Effects of long-term exposure include accelerated aging of lungs, loss of lung capacity, decreased lung function, shortened life span, and development of diseases such as asthma and in extreme cases, cancer. Therefore by challenging the administration’s fuel-efficiency standards, automobile industries are harming both the environment and the people who live in it.
One way to address the situation and expedite the progress is to establish a backstop during the midterm review, an adjustment that would require automakers to produce a fleet that cuts down emissions by six billion tons. While this solution seems to be too simplistic, it has the potential to create momentous changes in the automobile industry. In addition to reducing pollution and decreasing deaths from emission related factors, the administration would also achieve its original antipollution target. Another method would be to circumvent the administration altogether and introduce a new bill to amend the current dilemma.
Having bailed out major automobile companies in the past, the automobile industry owes it to both the Obama administration and the American people to comply with this alteration. If the administration is successful in its goal, it would cut payments at the pump and save consumers as much as $8,000, easer our oil addiction, and prevent six billion tons of carbon dioxide from entering the atmosphere.