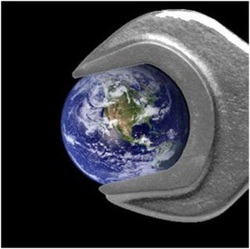 As the climate issue is increasingly in the forefront of public perception, the focus of discussion among those who acknowledge its existence has primarily been oriented towards finding a solution. One proposal that commonly arises is the idea of employing geoengineering, the manipulation of certain Earth functions or systems. Scientists have brought forth potential geoengineering solutions such as spraying sulfur particles in the air, fertilizing trees with nitrogen, or seeding cloud formation.

The rationale behind spraying sulfur particles is to imitate the action of ash and sulfur emissions into the air that naturally occurs during volcanic eruptions. Such emissions trigger planetary cooling by increasing albedo and therefore decreasing the Earth’s absorption of sunlight. The concept of nitrogen fertilization is based on nitrogen’s role as a common limiting nutrient in plant growth – by fertilizing trees with nitrogen, proponents hope that the subsequent increase in plant growth and higher uptake of carbon dioxide will help to mitigate and potentially decrease, to some degree, the magnitude of climate change expected to occur. Cloud seeding involves the attempt to modify the amount or type of precipitation falling from clouds through the placement of certain types of particles to act as cloud nuclei in the atmosphere. In terms of climate change, more extensive cloud cover could significantly increase the Earth’s albedo and again decrease the amount of sunlight absorption.

While these suggestions are based in science, we have seen time and again that our knowledge of the world is yet still highly constrained and deficient in its ability to account for the intricate interconnections in ecosystems and biological relationships. We cannot feasibly expect to measure all the potential ramifications of adopting a policy that acts on a scale of the magnitude inherent to geoengineering. Seeding clouds directly affects precipitation and in turn climate, which is itself a primary determinant of an area’s flora and fauna. In terms of nitrogen, the anthropogenic synthesis of the element through the Haber process, such as for use in agriculture, has already disrupted the natural nitrogen cycle. This has been tangibly evidenced in the increasing spread and severity of aquatic dead zones such as in the Gulf of Mexico. Policy actions to carry out such geoengineering activities, and the rigorous research necessary to support their implementation, would also likely be costly.

Geoengineering solutions may at first appear tempting, as humans have for too long stolidly believed in the power of technology to provide the solutions to our problems. Our commitment to the innovative process behind technological advancements speaks, perhaps, in some sense to self-pride in humanity’s unique ability to conceive of and create such feats of intelligence and scale. Technology is not necessarily a detriment, but it is an instrument whose use should be wisely monitored. In some instances, it should also be recognized that it may not always be the answer. In the situation here, finding a technological solution is the easy way out. What we should actually look into doing, is redesigning the way we live our lives – minimizing our dependence on fossil fuels and making a commitment to finding sustainable energy sources, recognizably an area where technology can be a force for the benefit of humanity and the environment.