​How to Rescue the Cost of Epipens: Add to Federal Preventative List 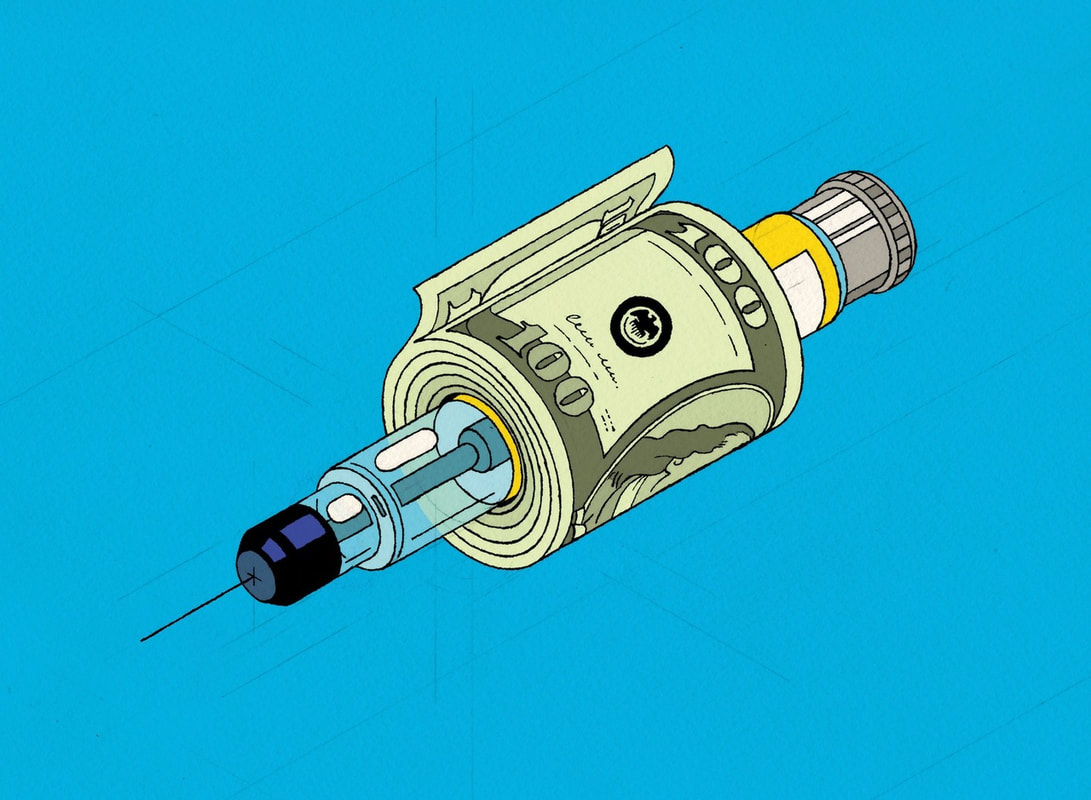 Since 2007, the price of a standard box of EpiPens—the device used to treat life-threatening allergic reactions--rose from $94 to $608. This price increase becomes even more ludicrous with the knowledge that the device contains only about one dollar's worth of epinephrine. Essentially, consumers pay the other $607 just for Mylan’s patented auto-injector technology that has not changed much over the years. Apart from some safety graphic upgrades, the newer devices share the same inner structure as the older ones. The lack of meaningful development begs the question: Why would prices be raised at all, much less so astronomically high. The price increase seems to reflect only Mylan’s desire for increased profits, which have increased from $13.9 million annually in 2015 to $66.4 million in 2016.
The problem lies in that the drug maker, Mylan, had a virtual monopoly on EpiPens due to its only competitor at the time being recalled by the FDA in 2015. While Mylan’s monopoly has since diminished as competitors have entered the market this past year, Mylan still controls over 71% of the epinephrine auto-injector market.  This is in part due to Mylan’s patent protection that allows for the immediate release of epinephrine once the device is pushed against the patient’s thigh. While the doors will open for other companies to use their design in 2025, Mylan has already cemented its place in the industry by earning the public’s trust; this deters competitors from wanting to come into the market. The concern is that this price increase and the potential for further price hikes will limit access to this life-saving emergency medication that is needed by so many.
The seemingly baseless steep increase in price caused outrage across the country. Politicians from both parties have come together in an effort to change Mylan’s practices. Last year, the Justice Department began an investigation of Mylan’s price fixing, which led to a $465 million settlement—a penalty deemed by many to be inadequate. While Mylan has since released a generic version that costs around $300, the price is still astronomically high for a device that is needed by the 15 million Americans with food allergies. In another effort to calm the masses, Mylan announced its creation of a savings card. However, yet again, this effort does not solve the problem: Only a small portion of Americans will be impacted, as the savings card cannot be used by the uninsured nor those who are covered by government health programs, such as Medicaid.
With Mylan proving to be uncooperative in changing its price, a new solution has surfaced that, in fact, actually works with the pharmaceutical company: The federal government could include the EpiPen on its federal list of preventive medical services. In doing so, healthcare providers would have to cover the cost of EpiPens, which would mean that the cost would be eliminated for most Americans who need them. Mylan would be able to maintain its price or even raise it without causing alarm amongst consumers or preventing some from getting the medication they need. The higher prices would be shifted to the government, employers, or insurance agencies.
Mylan even seems to be supportive of the movement, contributing funds and coordinating efforts to add EpiPen to the federal list. Mylan hopes to add it to the "A" list, which would give it the most exclusive status by requiring that all insurance providers cover the entirety of the cost. By coordinating between the federal government and the pharmaceutical company, lower prices and greater coverage are more likely.
While this policy proposal doesn’t address the underlying issue of how to determine the most appropriate price for drugs and also doesn’t address rising costs of other drugs, it would be beneficial for people that suffer from life-threatening allergies. Mylan has failed to accomplish its mission statement: “Do what’s right, not what’s easy.” As a result, we need to take matters into our own hands to protect the lives of those with severe allergies.