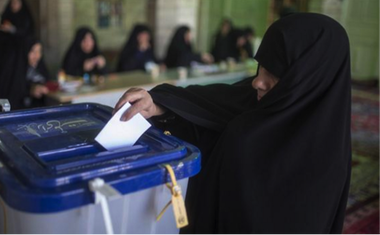 Iran’s elections took place last month and moderates sort of won. What does this mean for the United States – Iran agreement? And has Iran lived up to their end of the deal?

​
This past fall I wrote about the Iran Nuclear Deal and how its success will be reflected in the February Iranian elections. Well, the elections were held last month and yielded somewhat good results, as reformists took seats away from the extremists. However, it remains unclear how much of a positive impact this will have and if tensions between the United States and Iran will remain low.

Iran’s election results were exactly what the Obama administration hoped for: more reformists in office. In the Iranian Parliament, 83 reformists were elected, outnumbering the 74 hardliners chosen. 68 seats still remain vacant because no candidates obtained the required minimum 25 percent of votes in their district. A second round of elections, which will take place on April 29th, will select these candidates. Between the vacant seats and the unclear stances of independence elected, it is unclear if the moderates or extremists won. Both sides are declaring victory. Nevertheless, even if the reformists become the minority party, they still gained 51 seats since the 2012 elections. In addition to the potential political shift in the Parliament, diversity in the election also increased, with more female candidates running and taking office than ever before. 14 women will be apart of the 290-member parliament with potential for seven more, who have reached the second round. These election results will support current President Hassan Rouhani, who is considered to be a moderate pursuing economic and foreign policy reforms for Iran. He now has more support to implement new policies.

In addition to the Parliament, Assembly of Experts was also elected last month. This particular election is incredibly important for the Assembly and Iran as a whole. The Assembly of Experts, elected every eight years, appoints a new Supreme Leader (Ayatollah) in the event that previous one dies. The Ayatollah is the most powerful person in Iran because he can override any piece of legislation and remains in office for life. The current Ayatollah, Ali Khamenei, is 76 years old. So if Khamenei dies before he reaches age 84, a likely event, this assembly will select a new Supreme Leader. The reformists bolstered their numbers in this past election. This 88-member group will now have 20 reformists, 27 hardliners, 35 people who are supported by both parties, and six independents.

Despite the degree of progress made in this election, problems in the political process remain and reveal the power of Iran’s traditional leaders. For example, the unelected Guardians Council (Iran’s highest Constitutional court) disqualified 6,000, or half of the candidates for parliament. Most of these candidates were barred from running because they were deemed to be too liberal. Furthermore, only a quarter of those running for the Assembly of Experts made it onto the ballot. Three dozen current members of Parliament were among the disqualified, as well as Hassan Khomeine, grandson of the founder and first Supreme Leader of the Islamic Republic. This demonstrates how the extremist leaders of Iran were able to shape the government by preventing moderate and left-wing politicians from running. In addition, some so-called moderates who were elected are by no means progressive. Mostafa Kavakebian, one of Tehran’s representatives, has declared, “the people who currently reside in Israel aren’t humans.” There isn’t much to do about remarks like these, other than to hope that the results from Iran’s economic reform will create political reform.

The rise of reformists bodes well for the Iran Nuclear Deal. These leaders are less likely to break the terms of the agreement. According to the United Nation’s International Atomic Energy Agency, Iran is abiding by the nuclear deal, following all the requirements and passing inspections.

At the same time, however, Iran performs controversial acts. Earlier this month, Iran test fired two ballistic missiles with anti-Israel remarks written on the missiles. Iran has routinely done this in the past, and test-launching ballistic missiles is still permitted under the nuclear deal. Yet people are afraid, and rightly so. Presidential frontrunner Hillary Clinton wants Iran to face sanctions for this action to “demonstrate that Iran’s threats toward Israel will not be tolerated.” Republican Senators are constructing a bill that would add sanctions on entire sectors of Iran’s economy that directly or indirectly support its missile program.

Ayatollah Khamenei is equally frustrated with the United States for continuing to push sanctions. He spoke on television that the United States “removed the sanctions in paper only” because the country is having trouble accessing banking services that are needed for international transactions. Khamenei has also redirected his stance from being Anti-American to Anti-Congress, claiming, “We don’t have any problem with the American people. What we are dealing with here is the politicians. They are the enemies.” This bickering over sanctions might be necessary to keep Iran disciplined. On the other hand, being harsher would make Iran less motivated to comply, which would jeopardize the deal.

To some people, Iran’s elections represent  great change. More reformists were elected than ever before. President Rouhani is now in a better position to create policies that will actually help Iranians. At the same time, there were undemocratic things about this election and the new Parliament might be just as anti-Western as the old one. Many people share the same viewpoint as Senator Chris Coons (D-Del), that “if nothing else, these elections serve as a stark reminder that American policy makers must continue to view Iran through a lens of suspicion and distrust.” While we can remain skeptical, we should also be aware that Iran has held up to their end of the deal.