Kurdish Independence: Should the U.S. Support It? 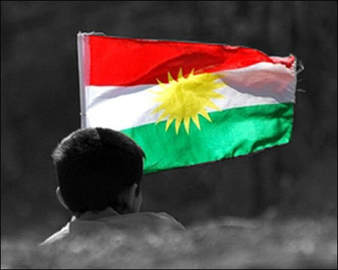 The issue of Kurdish Independence has been in contention for decades. On both sides of the political spectrum there are advocates for and against the U.S. supporting the Kurds in their struggles. Many factors come into play, but ultimately, the harms significantly outweigh the benefits and it only further destabilizes the region, bringing no positive impacts.


​
​
Independence and freedom only have inherent value when they are coupled with stability and longevity. This statement could not be more true after witnessing the independence referendum on September 29, 2017 that were held by the Iraqi Kurds. Before getting into the reasons why the U.S. should not support Kurdish independence, though, it is imperative to discuss some background information.

In the early 20th Century, many Kurds started to consider a possible nation state. There was some hope after World War 1 when Western allies made arrangements for a Kurdish state after defeating the Ottoman Empire in the 1920 Treaty of Sevres. The Turkish state refused to accept this treaty and instead signed the Treaty of Lausanne, which set the boundaries of modern Turkey and annulled any arrangements for a Kurdish state previously made in the Treaty of Sevres. Since then, the Kurds in Turkey, Iran, Iraq and Syria have fought guerilla campaigns in search of autonomy, which were forcibly put down. Kurds suffered greater repression each time such as the cultural genocide in Turkey where Kurds were forcibly relocated from the eastern parts of the country and speaking the Kurdish language was forbidden in schools, government offices, and in public places until 1991.

At the moment, Kurds are considered the largest stateless people on Earth with over 30 million individuals contributing to large portions of the population of Turkey: (14 million,18% , Iraq: 5-6 million~17%, Syria: 2 million~15%, Iran: 8 million~9%. These nations all have different reasons for opposing Kurdish independence, all of which determine that freedom and autonomy is not feasible at this current time.

The first issue of a “Kurdistan” is land and natural resources. If Kurdistan were to gain independence, its borders would take land away from 4 nations: Turkey, Iraq, Iran and Syria. The Prime minister of Turkey, Binali Yildirim, has emphasized that they will not, under any circumstances, support Kurdish independence, and if need be, will wage war to prevent it. The Kurdistan border would take a significant chunk from the heartland of Anatolia, land that the Turks view as solely theirs’, handed down from their Ottoman forefathers. In Iraq, the land on which the Kurds reside is rich in oil, especially the city of Kirkuk. Iraq depends on the revenue from this region to keep their economy alive and they cannot afford to give it up. The Kurds had obtained this city after defeating ISIS and were hoping to use it to fund their independent state, but only a couple of weeks ago Iraqi tanks rolled in and seized the city, demoralizing future hopes of independence.

The next issue regards stability in the Middle East. The U.S. has long been trying to keep Iraq unified and stable, and it doesn’t help to rip off a significant piece of it along with valuable natural resources that help fund the government right after they have been fighting a brutal and devastating war against ISIS. This issue of stability is important to all of the surrounding nations because the effects of the chaos that erupts from instability tend to spill over. Syria, in particular, wants a unified and secure Iraq because Syria has been battling rebels for nearly a decade which has destroyed the country and left it completely unstable. They don’t want to give separatists any more motivation or inspiration in trying to leave the nation by supporting Kurdish independence. Syria’s foreign minister even stated that it was "a separatist referendum" and "fully unacceptable in our [the Syrian government's] eyes" and that "We support the unity of Iraq." Iran has had many problems with Kurdish insurgency and have just ended a years long ceasefire with the Kurdish Democratic Party of Iran but they also value their alliance with Iraq (since they now have a majority Shiite government and are trying everything they can to suppress the sunnis). Iran considers these factors much more important to increasing its influence and power in the region than Kurdish independence. Turkey has had a huge problem with battling Kurdish insurgency, specifically the PKK which has waged constant guerilla and terrorist like warfare against the Turkish government, killing over 45,000 people, mostly Kurds. The PKK have no real allies in the region, not to mention that the US State Department deemed them a terrorist group. Not only that but Turkey has even claimed that it will invade Kurdish Iraq if they try and declare independence there. Evidently, none of the bordering nations will stand by and allow Kurdish independence, which is why all positives that can come from an independent Kurdistan are nulled.

​Many argue that the Kurds deserve independence after all the effort they’ve put in helping the US fight ISIS in Syria. They also argue that (with the exception of the PKK) the Kurds are the most liberal group in that region and are moderate, secular and pro America-Israel. However, the harms of supporting “Kurdistan”outweigh the benefits. Yes, we would benefit from a nation like Kurdistan that can help us bring moderation to the middle east and be a crucial ally, but not if it would cause serious geopolitical conflicts and further destabilization in the region. We have already seen that Turkey is ready to go to war at any sign of independence along with the other surrounding nations and we cannot benefit in any way from another major war in the middle east after what we have just seen in Syria. The Kurds do not benefit either by having the surrounding nations fighting against them and making their dream of independence more elusive than ever.

Our most important objective right now is to ensure peace and stability in the Middle East because that is what provides the most beneficial long term solution and allows for further development. Advocating for independence when it can only result in the encroachment of freedom and democracy along with thousands of innocent civilian casualties due to unnecessary war is frankly idealistic and foolish. If we truly do care about creating a better middle east, then we must wait for the right moment because independence tomorrow and forever is more important than independence today and only today.