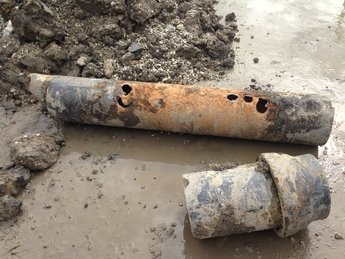 ​Although one-third of the country is currently experiencing a drought affecting 95 million people, leaking pipes account for the loss of two trillion gallons of treated water annually. For every person in the United States, 6,250 gallons of drinking water leaks through the cracks of America’s crumbling water infrastructure. At this time of crippling inefficiency, America experiences an unprecedented demand for clean water due to a ballooning population and developing diet trends 17 times more water intensive than before. Analyzing the United States’ part in what is a global water crisis, the squandering of both water and energy must be taken into consideration by policy makers. Specifically, significant upgrades in global water infrastructure must be performed to accommodate the burgeoning demand for clean water.

Since procuring clean water is extremely energy intensive, the water-energy nexus is a major driver in the need to upgrade national water infrastructure. In a 2002 report from the Electric Power Research Institute (EPRI), estimates attributed 4% of the nation’s electricity usage to moving and treating water by public and private entities. Furthermore, the EPRI projected electricity consumption managing water to increase by 63% in 2050. (FAS) Seth Siegel, water expert on the Council of Foreign Relations and author of Let There Be Water: Israel's Solution for a Water-Starved World, estimates 35% of the United States’ water supply is lost every day due to broken pipes. Therefore, electricity expenditure on squandered water totals 1.4% of current national electricity and will rise to 6.52% of electricity usage by 2050.

America consumes roughly four trillion forty billion kilowatthours of energy annually at a national average of 12 cents per kWh totaling approximately four hundred eighty five billion dollars. By 2050, approximately 32 billion dollars will be lost annually strictly to energy costs on lost water. As one measure to combat this energy deficit, “optimizing system processes at drinking water facilities through investing in advanced pumping and aeration technology as well as upgrading to high efficiency speed drives and motors can achieve energy savings of 5%-15%. In terms of consumption of fossil fuels for electricity generation, this wasted water accounts for the combustion of 739,594,000 tons of coal, 49,145,000 barrels of petroleum, 10,016,576,000,000 cubic feet of natural gas, and 105,997,000,000 BTU of other gasses (U.S. Energy Information Administration). Applying this data, the global warming implications of leaking pipes will total to nearly 2% of greenhouse gas emissions per year (Environmental Protection Agency).

The American Water Works Association estimates replacing and expanding existing piping infrastructure across the nation at 1 trillion dollars.  Economically speaking, the costs of this endeavor will be recouped within 31 years by energy savings alone. Additionally 2.1 trillion gallons of water will be reintroduced to America’s water supply to combat current water shortages and growing demand. As Seth Siegel explains, “democratic governments all over the world are headed by people who are running for office, and people running for office generally do not find themselves being re-elected if they raise the cost of services to their constituents.” Largely of site and out of mind, water infrastructure repair is a costly and politically treacherous endeavor. Therefore, executive action must be taken to repair our national water system.