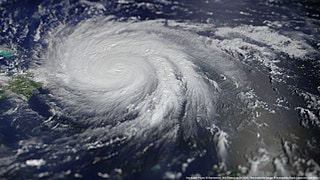 In Puerto Rico a humanitarian crisis is unfolding. The scene on the island is something out of a disaster movie: weeks without running water, destroyed hospitals understaffed and overbooked, a rising death toll, and a leader who seems to not care. It is reported that much of the island is still going without electricity. Dozens, according to local health officials, are suffering from a rarely-contracted and rarely-fatal infection called leptospirosis. Though many dialysis centers are open and operational, there is only so much fuel, and as such, only a limited number people can receive the treatment.

At a relief center, weeks after the brunt of the hurricane hit the island, President Donald Trump threw supplies into a crowd of Puerto Ricans awaiting aid.

Perhaps the greatest tragedy is that the rest of the nation forgets that those who are suffering in Puerto Rico are our countrymen. This is not to say that human empathy should be conditional, asterisked by the idea that charity and goodwill need not apply to those who do not share our citizenship. Still - what kind of people are we if cannot love our own?

The chaos has been a long time coming. It was -- aptly put -- a perfect storm. Previous to Maria the island’s healthcare system had been troubling. For years, the island has been asking Congress to send more supplies, more resources, more money. When the hurricane hit, there was little to do to prepare and recover. The best action would have been to establish a health care system on the island on par with the rest of the United States, though it is unproductive to criticize retroactively.

From this, one thing is certain: our elected officials must step up and react appropriately, quickly, and urgently. If we could not do right by Puerto Rico before, then we must go above and beyond to cut this crisis before it snowballs into something beyond repair. Moving forward, then, we must make sure that all citizens of this country are afforded the same care; otherwise, we look to experience more of these crises in the future.