​Not Made in the USA 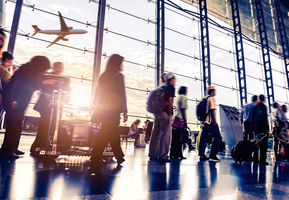 With the help of pop culture, America’s innovators are portrayed as genius, young college dropouts. However, a recent study conducted by the Information Technology and Innovation Foundation (ITIF), a non-partisan think tank based in Washington D.C., has revealed that this perception is merely a Silicon Valley myth, and that the key to more innovation in the STEM field may be better immigration and education policies.

The ITIF administered a survey of more that 900 people in the U.S. who have made meaningful, marketable contributions to technology-intensive industries. This includes award-winning innovators and international patent applicants. The goal of this study was to ascertain who these innovators currently are, in order to see how we, as a nation, can create even more potential innovators in the future. The survey revealed that immigrants played a large role in contributing to innovation. An over-representative percentage of U.S.-based innovators were found to be foreign born: 35.5% of innovators were born outside of the U.S. though this demographic only makes up 13.9% of the U.S. population. The U.S. Patent and Trademark Office also reported that 51% of the patents filed in 2014 were of foreign origin and according to a report by the Partnership for a New American Economy, more than 40% of Fortune 500 companies were founded by immigrants. Moreover, the ITIF survey found that innovators in the U.S. are highly educated with 80% holding at least one advanced degree and 55% with Ph.D’s in science and technology field.

These findings have policy implications that could bolster the United States’s competitive edge in innovation. Given that immigrants with specialized knowledge in science and technology play an integral role in shaping U.S. innovation, immigration policies ought to be expanded so that highly trained workers as well as foreign-born STEM graduates of American universities are given the opportunity to innovate in the States. In the heat of the current U.S. presidential campaign, lobbying groups such as Fwd.us, a lobbying group created by Mark Zuckerberg, are pushing for comprehensive immigration reform. Tech companies, particularly in the Silicon Valley, heavily employ the use of H-1B visas, which allow U.S. employers to temporarily employ foreign-workers in specialty occupations. The current number of visas available is restricted; thus, if we were to expand the number of visas available, we could expect to see a rise in innovation.

The data also suggests that education reform could lead to a rise in STEM talent. Because women and minorities are underrepresented, education policies should be put in place to encourage and enable these groups to achieve STEM degrees. These changes could be made through initiatives such as expanding STEM programs in disadvantage communities. Because the majority of innovators hold advanced degrees, funding for programs, such as Ph.D. fellowships, should also be increased.

The U.S. places great value on innovation, and high-skilled foreign innovators are America’s greatest assets. As a result, rather than restricting these immigrants, we ought to be welcoming them while simultaneously learning from them and cultivating more innovators of our own.