Oil Monopolization and the Saudi-Russian Accord 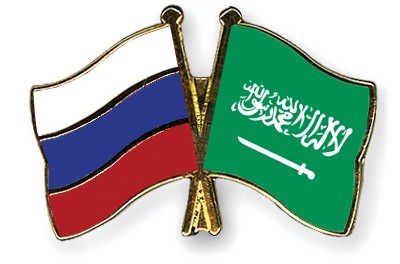 For over a decade, nations in the Middle East have relied on their oil reserves as a primary means of economic income and revenue. The recent February 16th accord between Saudi Arabia and Russia proved that the deal on oil supply control, which has meandered on for almost 15 years, has finally reached an agreement. The statement made by the two leading nations in global oil reserves is a portent for the freeze of oil production at January levels, if other nations were to agree on joining the accord. Subsequently, this may galvanize a path towards shoring up oil prices, as the nations aim to restore the Middle East’s monopoly on the oil price market.
In early February, Iran’s petroleum minister, Bijan Zanganeh, issued a public statement asserting his support for the production freeze, although refusing to suggest whether Iran would actively partake in the process. Immediately following the announcement, oil prices climbed, but a production freeze would be unlikely to instigate profound impact without Iran’s full participation. After years of sanctions preventing Iran from selling its oil on the global market, Iran certainly has an opportunity to reacquire its market share from nations with a capped output level.
Increased control of Middle Eastern oil-producing states on reserves would undoubtedly hinder free trade, and prevent the sustainability of accessible oil supplies. In 1973, OPEC notoriously threw the entire world into a tailspin when it single-handedly quadrupled oil prices by restricting supply, and temporarily cut off supplies to the U.S. This resulted in global panic, as gas lines and price hikes had severe repercussions on the entire US economy.
In order to prevent history form repeating itself, the U.S. and other developed nations must capitalize on the caveats in the Saudi-Russian accord, and find solutions to combat its potential ramifications. For instance, Middle East oil experts suspect that a freeze would, in reality, have little to no effect in curbing the oversupply that has already raised production of global oil inventories. Thus, the main Middle Eastern oil exporting states would have a reduced capacity to monopolize the oil market. Additionally, Iran has recently announced its intentions to increase oil exports by approximately 700,000 barrels per day before the end of March, which would be a significant push for oil inventories.
Furthermore, the U.S. must continue to explore the boundaries of its shale gas revolution to ensure the end of oil monopolization and pave a path for lower crude prices. While coal, renewable fuels and natural gas commonly substitute for each other in generating power, oil has traditionally been resistant from price competition due to the dearth of alternatives for commonly used appliances. For instance, kerosene and diesel are instrumental to the functioning of car and plane engines. Thus, even if the big middle-eastern producers do decide to coordinate a cut on oil supply, it may provide only a temporary respite. Detecting the hike in prices, American shale producers could quickly try to refill the global oil supply and hamper the repercussions of a monopolized market.
Ultimately, although Middle East oil specialists postulate that the Saudi-Russian accord may not actually be effective in conjuring an oil market monopoly, it provides a clear impetus for developed nations to continue generating a stable means of oil supply and extraction.