One Host One Home 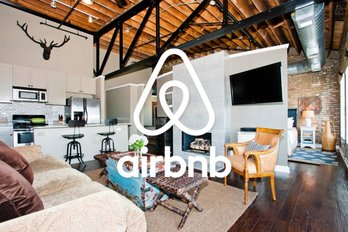 Airbnb, a trusted community marketplace for people to list, discover, and book homes around the world, originated in 2008 as a few air beds on the floor of an apartment in San Francisco. In just a few years, the company has transformed from a couch surfing startup to a privately held company with a valuation of $31 billion. The home rental company boasts more than 3 million listings worldwide in more than 65,000 cities in 191 different countries, and serves more than 150 million guests. In large, dynamic cities like San Francisco and New York city, more and more individuals are required to travel on a regular basis. Innovative home sharing platforms like Airbnb help these individuals make the most efficient use of their home by renting them out to guests.

When Airbnb was first launched, there was very little concern in regards to people renting out their homes and rooms over short-term periods. However, as Airbnb has grown in popularity, city officials have seen many landlords take multiple homes off of the market and list them on Airbnb to capitalize on these short-term rentals. Many critics of the company state that Airbnb has contributed to rising rents and housing crunches. As a result, Airbnb’s relationship with its hometown of San Francisco has been contentious and the company has battled over regulations with city officials. However, in recent years Airbnb has been working in collaboration with city planners and leaders to allow individuals to share their home while also protecting a city’s affordable housing stock.

Regulators are concerned about hosts who may offer spaces via Airbnb that could otherwise have been on the long-term rental housing market. In an effort to promote home sharing in primary residences only, Airbnb has implemented the “One Host One Home” policy which bars hosts from posting more than one entire home listing within certain cities such as San Francisco, New York City and Portland. This policy, which has been effect in San Francisco since April 2016, aims to proactively address the challenges of unwanted commercial activity on Airbnb’s platform. As a result of these changes, 213 entire-unit listings and 525 shared spaces or so-called ‘hacker hostels’ have been removed from the platform by Airbnb. Moreover, 180 entire-unit listings that belonged to hosts who owned multiple listings were voluntarily removed from the platform in response to the policy.

In addition to owners listing multiple properties for short term rent, Airbnb listings in San Francisco are facing the issue of registration. According to current city regulations, hosts on the platform are required to register with the city. However, the Office of Short-Term Rentals reports that, of the 10,200 Airbnb San Francisco listings, only 1,877 are registered. Although a mandatory registration system exists, it is extremely difficult to get Airbnb hosts to comply and register because San Francisco’s registration process is arduous and has many issues regarding privacy concerns and costs. According to the Airbnb global head of policy, Chris Lehane, “The nature of the process was going to be a disincentive.”

So how can we improve this system? Perhaps by streamlining and simplifying the registration system would be a good start. Through a simpler registration process, regulators and Airbnb can work together to ensure that hosts on Airbnb comply with city rules and are also provided appropriate safeguards for privacy and safety. Additionally, with the implementation of a simplified, mandatory registration system, Airbnb can work directly with city governments to prevent hosts from abusing the platform and prevent short term leases from detracting from the housing market.
​
Amidst the regulatory challenges the company is battling, Brian Chesky, founder of Airbnb, states “I’d prefer if they didn’t say, 'Airbnb is a problem, how do we deal with it?' but rather, 'Airbnb is an opportunity, how can we harness it?”