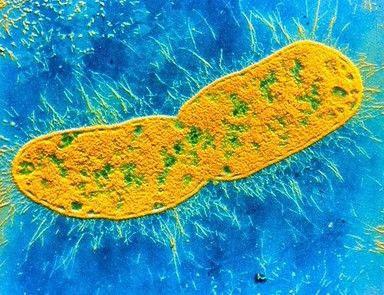 Cautioned by the National Center for Biotechnology Information as a coming international crisis, the global proliferation of antibiotic-resistant bacterial strains threatens medicine’s current grasp on infectious diseases. The Center for Disease Control reports that of the 2 million people stricken by antibiotic resistant bacteria in the US per year, 23,000 people die from their infection. Monetarily quantifying the impact of these Multidrug Resistant (MDR) bacteria, the Infectious Disease Society of America calculate a $21 billion to $34 billion cost to the health care system each year and 8 million additional hospital days.

As a rapidly growing number of common infections such as pneumonia, tuberculosis, and staph become deadly and impossible to treat, the World Health Organization warns that we will enter a “post-antibiotic era.” While modern medicine has lost ground to evolving bacterium over the past 90 years, regulating the use of current antibiotics, as well as removing regulatory barriers from, and incentivizing the development of, new antibiotics may preserve humanity’s medical edge over infectious diseases.

The systematic overuse of antibiotics, by doctors, patients, and manufacturers, has contributed to the growing antibiotic resistance of many common infections. The mass prescriptions of broad-spectrum and SNAP (safety-net antibiotic prescriptions) antibiotics have inundated large populations with the drugs, thereby enabling bacterium to form a resistance.
With 262.5 million courses of antibiotics written in an outpatient setting per year, the CDC calculates that approximately 50% of these scripts are inappropriate. Furthermore, manufacturer’s incorporating of triclosan and other antibacterial agents in products like hand soaps and aerosols have over-introduced these drugs into our society, limiting immunity development to common environmental antigens.

While we, as a society, consume approximately 100 million unnecessary courses of antibiotics yearly, a whopping 80% of antibiotics sold in the US are administered to livestock. The extensive use of antimicrobials in agriculture produces larger yields for the meat and poultry industries; however, ingesting livestock treated with antibiotics transfers the resistant bacterium from farm animals to humans.

To counteract these destructive forces, new methods of killing bacterial infections must be devised; however, current policy inhibits bringing new anti-bacterial drugs to market.  Because antibiotics are a single-course medication resulting in the cure of the ailment, cost-benefit analysis influences pharmaceutical companies to invest in more profitable medications used to treat chronic diseases.

This, coupled with the relatively low market price of antibiotics as well as physician’s hesitation prescribing new medications, stunts the research and development of new antibiotic treatments. Essentially, the lack of profitability in bringing a new antibiotic to market prevents the development of treatments for drug-resistant bacteria due to America’s highly profit-driven pharmaceutical industry.

Among other scientific frontiers in the production of effective antibiotics, an agent targeting the quorum sensing capacity of bacteria expresses promise for the direction of future medications.  Through disrupting the bacterial means of communication within the host, these agents attenuate bacterial virulence. These quorum sensing inhibitors have the potential to distort the local population density of individual bacterium and restrict the bacteria from attacking the host.

While promising scientific discoveries offer the viability of new methods of antibiotic synthesis for MDR (multiple drug resistant) bacteria, the current economic landscape inhibits the pursuit of antibiotic research. Removing unnecessary boundaries in the process to attain FDA approval, increasing the price of antibiotics, and educating doctors to research and prescribe alternative drugs will all incentivize the production of new antibiotics in the pharmaceutical sector.

Furthermore, allocating the $35 billion dollars spent in the healthcare industry to prevention rather than treatment could bring the proliferation of MDR bacteria to a halt. Offering government subsidies to pharmaceutical companies researching and manufacturing new antimicrobial agents could incentivize a largescale effort to destroy these dangerous bacteria. Parallel with these initiatives, supporting current legislation restricting the use of antimicrobial drugs in agriculture through compulsory vaccinations and veterinarian intervention will stem the rapid rise of bacterial resistance.