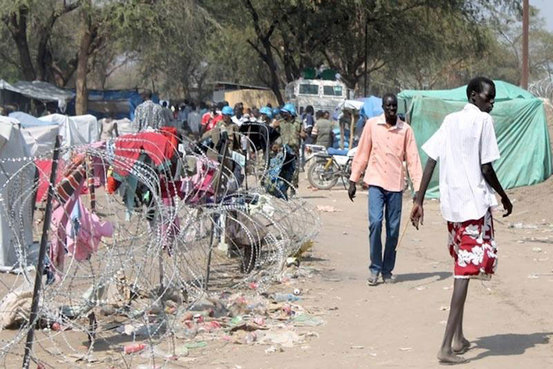 The human rights violations in South Sudan are widespread and severe. The world deplores the loss of life and the terrible treatment of the people of South Sudan, but there is still so much more to be done to alleviate the pain and suffering of its civilians and their children.

The civil war in South Sudan has continued to be fought for decades, with the First Sudanese Civil War beginning in 1955 and ending in 1972, only to be closely followed by the Second Sudanese Civil War from from 1983 to 2005. Though South Sudan was able to achieve its independence as a result of the second war, the country is now engaged in the aftermath of a civil war that had been sparked by ethnic violence and political unrest. In December 2013, President Salva Kiir Mayardit accused his former deputy Riek Machar, who allegedly with the support of ten others, of planning a coup d’état against him. Machar headed the Sudan People's Liberation Movement-in-Opposition (SPLM-IO) against the government’s Sudan People’s Liberation Army (SPLA) and is fought with his militia despite the initial interference of the Intergovernmental Authority on Development (an African trade bloc consisting of Djibouti, Ethiopia, Somalia, Eritrea, Sudan, South Sudan, Kenya and Uganda). This civil war is the root of many of the human rights violations that have remained prevalent in the region today.

Non-government organizations such as Amnesty International, Human Rights Watch, and the Office of the United Nations High Commissioner for Human Rights (OHCHR) have repeatedly condemned South Sudan’s government for its lack of accountability, its insufficient transparency, and the overall suffering of civilian populations that have been forced to seek refuge in neighboring countries. Both the SPLA and the SPLM-IO, as well as their allies, forcibly recruited child soldiers who were isolated, starving and without access to regular schooling. A child soldier, as per the Paris Principles, is a child associated with, “an armed force or armed group refers to any person below 18 years of age who is, or who has been, recruited or used by an armed force or armed group in any capacity, including but not limited to children, boys and girls, used as fighters, cooks, porters, spies or for sexual purposes”. Through the Child Act of 2008, South Sudan had been largely successful in eliminating practices that promoted the  use of child soldiers as per the standards established by international law. A total of 1,051 incidents affecting 28,788 children were documented.

Sexual violence was a daily occurrence, and is a form of violation in addition to the regular destruction of villages and the mass killings of their residents. 2.2 million people have been displaced as a result of the ongoing bloodshed these, and despite United Nations’ and the United States’ involvement and sanctions, the death toll continued to increase. The United Nations Mission in South Sudan (UNMISS) has documented over 100 separate cases of sexual violence, including gang rape and the sexual abuse of minors.

The African Union Commission or the International Criminal Court, through the approval of the UN Security Council, should now establish the hybrid court for South Sudan envisaged in the peace deal signed Augsut 25, 2016, and the UN and other international donors should fully support the court. The international backing of this approach to justice would put great pressure to comply on the governments and legal systems of the countries where the various perpetrators are from. The hybrid court would thereby claim jurisdiction over serious crimes, including the recruitment and use of child soldiers by both aggressors. Additionally, it would have complete authority and independence from other world powers when prosecuting. The increased protection of journalists, researchers and humanitarian aid workers can significantly improve the mental well-being and physical security of South Sudanese people and refugees and decrease the local insurgencies that remain. Ultimately, peacekeeping forces must broker timely and enforceable measures in ending the conflict between the SPLA and the SPLM-IO in order to begin the process of fostering a safer environment in South Sudan.