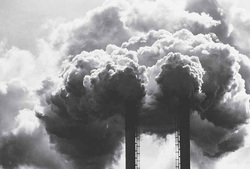 In 2011, the EPA implemented policies under the Clean Air Act to curb greenhouse gas emissions.  They mandated that power plants and factories that generate significant amounts of carbon dioxide would be subject to permitting regulations.  However, the Supreme Court recently agreed to hear a case by several industry groups and state governments against these regulations.  If the EPA’s efforts are rejected, then it will be far more difficult to prevent runaway climate change.

Although the Supreme Court upheld the EPA’s determination that greenhouse gases are harmful to people and the environment and can be regulated, it is putting comprehensive greenhouse gas mitigation efforts in jeopardy.  The Obama administration has been extremely committed to combatting pollution and has maintained a prudent long-term vision for accomplishing this goal.  The EPA reviews of stationary power sources’ greenhouse gas levels are essential to keeping pollution in check.  According to the EPA, power plant carbon emission levels have fallen 10% since the regulations were passed.  Although there has recently been less pollution, it is still at an unacceptably high level.  In 2012, power plants still generated more than two billion metric tons of carbon emissions.  Atmospheric CO2 concentrations are approaching 400 ppm and are continually increasing.

Failing to uphold these regulations would hinder measures to mitigate pollution and set a bad precedent for future climate change regulations.  Right now, Washington is mired in political gridlock and Republicans are trying to obstruct Obama’s agenda.  Many politicians, both Democrats and Republicans, are too preoccupied with other policy concerns to fully address climate change because they believe its effects take a long time to appear.

It’s extremely difficult to even reach a consensus that climate change poses a definite threat, let alone what policy would best prevent emissions.  Getting this measure passed was a good first step, but the political backlash to it has been staggering.  With that much fallout, it makes more radical means to preventing greenhouse gas emissions, like instituting a cap and trade system or relying on more alternative energy, seem like total pipe dreams.  Although reviewing these rules’ efficacy may seem prudent, it comes at risk of overturning a series of related and essential laws.

Numerous Republicans and interest groups are loath to support environmental regulations that they see as harmful to businesses.  To them, these regulations are an impractical overreach of government power in regulating power generation. Republicans have centered their efforts on delaying and overturning all power plant permitting reviews.  Yet, this is not the first time that they have showcased their unproductive political strategy for dealing with climate change. During the government shutdown debate, they held budget negotiations hostage by demanding that all new EPA regulations would be blocked and that some old ones would be overturned.

If the repeal succeeds, they will continue to undermine Obama’s progressive climate agenda and create additional environmental risks.  New coal plants permitted to emit unlimited greenhouse gases loom on the horizon.   Within a few years, the atmosphere could reach a dangerous carbon concentration of 450 ppm and passes the tipping point for climate change.  We must first ensure that EPA reviews are sustained.  Only after that can we truly make strides to prevent the dangerous consequences of climate change.