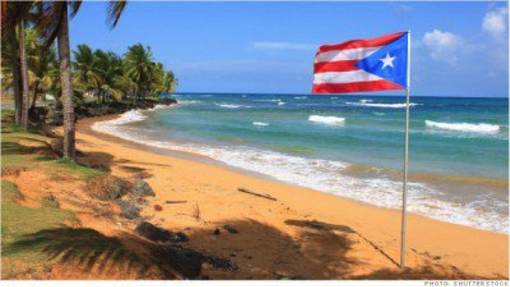 Puerto Rico faces a huge problem. The government’s uncontrolled spending policies created a debt of more than 70 billion dollars that the island simply cannot repay. Puerto Rican unemployment rate is at 13.7%, almost 7% more than that of the US mainland. Thousands of Puerto Ricans are fleeing to the continental United States in search of opportunity. The local and federal government must come to an agreement on how to restructure the debt and end the fiscal and economic crisis. Unfortunately for the people of Puerto Rico, that is not currently happening. Yet instead, the local government has pushed for reform to appease the crisis.
In February of 2015, governor Alejandro Garcia Padilla addressed to the people of Puerto Rico his game changing solution to the crisis: tax reform. The island had in place a sales and use tax (Impuesto sobre Ventas y Uso or IVU) of 7%, of which 6% would go the state government and 1% would be attributed to the municipal level. The governor’s proposal was quite opposite. He insisted that the island had to adopt a new value added tax (VAT), or IVA as known in the island, of 16% in order to appease the crisis. Investopedia defines the Value Added Tax as “a type of consumption tax that is placed on a product whenever value is added at a stage of production and at final sale.” Garcia Padilla stated that the IVU was an oppressive and costly taxation method, while the IVA was simple, reduced tax evasion and stimulated economic activity. Moreover, he stated that the value added tax structure was used in more than 140 countries and a common fiscal tool. Along with the change in consumption tax structure, the governor proposed some radical changes to the Puerto Rican income tax. All persons who earned less than $40,000 ($80,000 as couples) would no longer be taxed on income as a type of compensation for the 9% consumption tax rate increase.
The governor’s efforts fell short in the public’s eye as they took the streets to protest the tax. Protestor’s thought the high rate of 16% would reduce consumption and hurt local businesses. Also, people were angry that public education as well as certain medical related products was not excluded from the tax. Hundreds of high school and university students stood before the Capitol building to show the congressmen their disapproval of the tax.
A few weeks after Garcia Padilla’s announcement, the Puerto Rican congress failed to pass the proposed tax reform. But, the governor did not give up on his idea. He eventually reached an agreement that would: (1) raise the IVU to 11.5% until April 1, 2016 when (2) an IVA tax of 10% would be implemented. People were not happy about the government’s actions as public debt continued to increase and economic conditions deteriorated. Many islanders continued to hope that the US federal government would come to the island’s rescue.
On October 21, 2015 the Obama administration officially addressed the Puerto Rican economic and financial crisis and ensured that they have been working extensively with Puerto Rican officials, but that only Congress had the power to set the foundation for the island’s recovery. Yet, the administration’s stance on the issue has not been well received. Massachusetts Senator Elizabeth Warren questioned the administration’s, specifically the Department of Treasury’s, minimal efforts to aid the Puerto Rican people on a Senate hearing held on October 22. She urged Treasury to be “just as creative in coming up with solutions for Puerto Rico as it was when the big bank called for help.” Moreover, Senator Warren pointed out that “ordinarily a city in this kind of financial trouble would declare bankruptcy, a country would go the IMF, and in either case they would work out a reasonable debt reduction and a repayment plan. But Puerto Rico, by American law, cannot do either one of these.” Resident Commissioner Pedro Pierluisi has been actively pushing Congress to allow Puerto Rico to declare bankruptcy under chapter 9 of the U.S bankruptcy code and acquire equality for the people of the island.
Puerto Rico is in desperate need of help. If Congress does not act soon, the island’s crisis will continue to worsen and the lives of millions of American citizens will be heavily impacted.