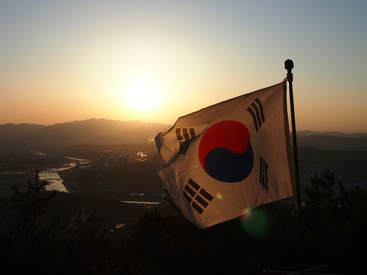 The Korean Peninsula was shaken—quite literally—on January 6th by a bombshell announcement from north of the 38th parallel. An hour after seismometers detected a 5.1 magnitude earthquake along North Korea’s northeast coast, the hermit kingdom’s state-run network declared that the country had detonated its first hydrogen bomb. While experts eye the North’s bold assertions skeptically—the test most likely involved a “boosted” fission bomb—the detonation showcases, histrionically, the glaring flaws of South Korea’s political calculus. For over a decade, the South endorsed its so-called Sunshine Policy, a rapprochement effort in which Seoul provided unconditional aid to its communist counterpart in hopes of promoting cultural engagement and improving relations. Now, as tensions escalate to an all-time high, a leering North Korea’s nuclear-tipped threats should offer ample impetus for Seoul to recalibrate its foreign policy.

Inaugurated by late South Korean President Kim Dae Jung in 1998, the Sunshine Policy derives its name from Aesop’s fable “The North Wind and the Sun.” The initiative dictated the South’s policy until 2008 and represented a sharp break from diplomatic tradition. Seoul began funneling copious amounts of economic aid into the empty coffers of a then famine-weary Pyongyang. In contrast to continued military standoff, President Kim insisted that cultural and economic exchange would draw the North from isolationism, promote reconciliation, and—eventually—pave way for peninsular reunification. Yet, besides domestic political gains, Seoul has reaped little from the late president’s brilliant-on-paper strategy. In both Washington and Seoul, skeptics have expressed reservations about the government’s “excessively generous” carrot-dangling, voicing suspicions that Pyongyang may violate U.N. resolutions and divert funds to its weapons program. Others have criticized the policy for tacitly rewarding North Korea’s dismal human rights record. Policymakers—blinded, perhaps, by misplaced optimism or hubris—have routinely failed to attach financial controls its aid packages. For over a decade, the South has sent, unconditionally, $560 million through the Kaesong industrial complex (a jointly-run factory in the inter­Korean economic zone), $487 million through the Kumgangsan tourist resort, and $2.2 billion in fertilizer, rice, and disaster assistance, among other contributions.

In spite of these efforts, beyond the pageantry of the North-South summits in 2000 and 2007, relations have only deteriorated. Even before Pyongyang’s supposed H-bomb detonation in 2016, the country’s leaders announced nuclear tests in 2006, 2009, and 2013. Moreover, in 2010, it simultaneously shelled Yeonpyeong island and sank a South Korean warship—killing 48 people in total. In 2015, Pyongyang successfully tested a submarine launched missile. In 2016, its launching of a long-range rocket was widely viewed as part of the regime’s effort to develop inter-continental ballistic missile (ICBM) technology. To quote The New York Times’s Bob Herbert, “We’re reaching a whole new level of chutzpah here.”

Park Geun-hye, South Korea’s sitting president, has—with unusual decisiveness—taken unilateral action to close the Kaesong industrial complex in response to the North’s missile and nuclear tests. Although the conservative government that swept into power in 2008 began curtailing the Sunshine Policy, Kaesong remained an enduring, if symbolic, fixture; with its termination, the last vestige of engagement era policy is gone. Meanwhile, at the U.N., South Korea’s ambassador called on member states to pass "a robust and comprehensive" sanctions regime to rebuke Pyongyang. At the 38th parallel, South Korean loudspeakers have resumed blasting propaganda across the border. President Park’s muscular approach has won approval from the public, and rightfully so. For an administration frequently fraught with scandal, the president’s poise and confidence under pressure represents a political high point. In light of North Korea’s increasingly erratic behavior, President Park should reevaluate her position on the following issues:

1. China as a geopolitical partner: In the past two decades, China has become South Korea’s largest trading partner. Indeed, trade between the two countries burgeoned from a meager $6.37 billion in 1992 to a lofty $220.63 billion in 2011. Moreover, in her past three years in office, President Park has gone to great lengths to court China; in 2015, for instance, she raised eyebrows in Washington by attending China’s controversial WWII military extravaganza. Beijing, for its part, has made little effort to conceal its distain for the Pyongyang’s nuclear ambitions. Chinese President Xi Jinping and North Korea’s Kim Jong-un have not met since assuming power. In 2013, President Xi snubbed Kim by breaking diplomatic tradition and visiting South Korea before its northern rival. President Park’s political calculus here is clear-cut—to seek Beijing’s cooperation in censuring Pyongyang. However, the president must come to terms with the reality that—despite Beijing’s anti-nuclear lip service—her Chinese counterpart has no intention of abandoning North Korea. While China’s foreign minister has indeed denounced North Korea’s latest nuclear test, Beijing has dismissed calls to cut off aid to Pyongyang. Moreover, after the detonation in January, President Xi refused, for an entire month, to take a phone call from Park to discuss the issue. When the two finally talked, the Chinese leader reportedly said nothing beyond the official party line. Even China’s recent agreement to impose tougher U.N. sanctions, though unusual, can be interpreted as a demonstration of frustration and little more. Ultimately, Beijing hopes to maintain Pyongyang as a stable, non-nuclear buffer state and avoid the nightmare of hundreds of thousands of North Korean refugees flooding the Chinese border in a regime collapse scenario. In the area of peninsular stability, Park’s and Xi’s interests theoretically intersect. Yet, China is, at best, a tenuous ally. Xi’s rebuffing of Park’s outreach efforts suggests that Beijing intends to deal with Pyongyang on its own terms. Moreover, if Park’s goal is to reunify the Koreas—or, at least, set the stage—the South Korean leader will find no friend in China.

2. Deployment of the Terminal High Altitude Area Defense system (THAAD): For years, the U.S. has lobbied to install THAAD—a land-based anti-missile system—on South Korean soil. Seoul’s hesitation has stemmed from the protests of China, its leading trading partner. Beijing fears that THAAD—considered one of the most advanced missile defense systems in the world—may potentially be used against Chinese weaponry. However, Pyongyang’s latest rocket launch, as well as its ambitions to develop ICBMs, should remove all doubt regarding THAAD’s necessity. A mere six years have passed since the last North Korean attack on the South; a missile strike on South Korean soil is a feasible, if probable, prospect. Accordingly, President Park should ignore warnings emanating North Korea and even China and press forward to negotiate the missile defense system with the U.S. Considering Pyongyang’s hubristic overtures and Beijing’s obstructionism, THAAD’s installation is a strategically appropriate response.

3. Revival of the Six-Party Talks: Launched in 2003, the Six-Party Talks are multilateral negotiations involving North Korea, China, South Korea, Japan, Russia, and the U.S. that aims to dismantle Pyongyang’s nuclear weapons program. Held intermittently, the talks collapsed in 2009 when Pyongyang withdrew from negotiations and revealed a vast new uranium enrichment facility to visiting U.S. scientists. President Park may, however, find diplomatic inspiration in the Middle East—where, in 2015, global powers successfully reached a nuclear deal with Iran—for addressing Pyongyang’s nuclear ambitions. Chiefly, Park should draw lessons from Iranian sanctions—which the Obama Administration credits for Tehran’s re-engagement—and their applicability in North Korea. Of course, Pyongyang is far more comfortable with isolationism than Tehran; after all, the North’s official ideology--Juche—espouses economic self-reliance and self-sufficiency. Yet, when driven to desperation, even Pyongyang has demonstrated a willingness to engage with its southern neighbor, as it did with President Kim at the height of famine. To be sure, it is doubtful that the Six-Party Talks will reconvene during Park’s tenure. However, the president should note that the Iran nuclear deal, too, was no overnight success; rather, the 2015 framework represents an entire decade’s worth of diplomacy and pressure. President Park’s role should be to begin a parallel process with North Korea as she escalates economic pressure, initially, by cutting off the remnants of Sunshine era aid and calling for broadened U.N. sanctions.

Exceedingly one-dimensional and patronizingly didactic, the Sunshine Policy disastrously misread North Korean intentions. No amount of “engagement” can alter a regime known for (1) ideological complacency and (2) commitment to maintaining the status quo. If anything, the Sunshine era subsidized Pyongyang’s belligerence by fueling its flagging command economy and military apparatus during a financial nadir. Clearly, a paradigm shift is necessary and, under Park’s steady hand, already underway. As Chun Yung-woo, a former national security adviser, expressed pithily, “[President Park] has now decided to speak the language that North Korea understands: the language of sanctions and regime change.”