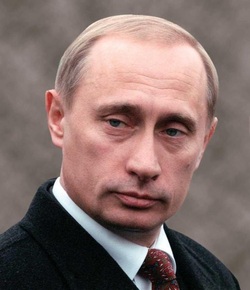 Russian President Vladimir Putin’s op-ed entitled “A Plea for Caution From Russia,” published by the New York Times on the 12th anniversary of the attacks on the World Trade Center, has generated both applause and criticism. The act of public diplomacy aimed toward the American public comes at a time when world leaders are tasked with addressing Syria’s use of chemical warfare on its own citizens, including women and children, in its prolonged civil war which has resulted in nearly 1,500 deaths. While a startling number of the American public support the use of military intervention in Syria, Russia has opted for a more diplomatic
approach. The United States should adopt Russia’s approach to solving Syria’s use of chemical warfare diplomatically because of the fragility of Middle Eastern and North African relations, ongoing negotiations in the region, and growing militant groups.

In his op-ed, Putin argues that military intervention would lead to more deaths and undermine ongoing peace and democratic negotiations in the region. Furthermore, Putin argues that a military strike of any kind would lead to increased terrorism. He notes that he is alarmed by the commonplace military responses in internal conflicts. Finally, he warns the US that encouraging exceptionalist views is dangerous.

Russia’s diplomatic plan calls for Syria to immediately surrender its entire chemical weapon stockpile to an international coalition that will destroy the estimated 1,000 tons of chemical toxins that include mustard gas and nerve agents such as sarin and VX. However, according to a recent CNN poll, nearly 40% of Americans favor military intervention in Syria. In President Obama’s address to the nation on September 10th, Obama explained that the US is exploring diplomatic solutions, but also stressed that the US army is ready to execute a military strike at any moment. Later in his address, Obama said that while the US cannot intervene in every global conflict, it must act in certain situations when human rights are blatantly abused. “That's what makes us exceptional,” Obama said. “With humility, but with resolve, let us never lose sight of that essential truth.”

Putin, however, had a less rosy interpretation of Obama’s exceptional US. “It is extremely dangerous to encourage people to see themselves as exceptional, whatever the motivation,” writes Putin. “There are big countries and small countries, rich and poor, those with long democratic traditions and those still finding their way to democracy.” This notion of American exceptionalism is a blend of nationalism and the belief that the United States has a special role in guiding the world. Putin implies that brazen, exceptionalist beliefs could lead to increased military interventions rather than diplomatic resolutions, which would further delay discussion in finding the most equitable and appropriate solutions for global conflicts.

Critics have been quick to dismiss Putin’s statements and criticize him for hypocrisy. House Minority Leader Nancy Pelosi said, “What I found interesting was the closing -- when he says when we pray to God he judges us all - I don't know exactly what his words are but he says ‘we are all God's children.’ I think that's great. I hope it applies to gays and lesbians in Russia as well.” Earlier this year, Putin banned public discussion of gay rights and relationships, with penalties ranging from fines to deportation. White House spokesman Jay Carney said, "Unlike Russia, the United States stands up for democratic values and human rights in our own country and around the world,” in response to Putin’s op-ed. Senator Robert Menendez, chairman of the Foreign Relations Committee, said, “I worry when someone who came up through the KGB tells us what is in our national interests and what is not. It really raises the question of how serious the Russian proposal is.”

While many of the claims of hypocrisy and restricting freedom in Russia are true, the critics digress from Putin’s key point to the US and its public: stop acting like a military superpower and start acting more like a diplomat. While the US does have the military capabilities to execute a strike in Syria, this does not necessarily mean that it is the most appropriate solution. Putin realizes that further military entanglement in the area could further fragment the fragile region. Increased military interventions in the area are sure to incite more violence from rebel groups and could undermine efforts across the region to promote freedom and democracy. Given the politically instable region, radical militant groups, and fragile democratic negotiations, the US should put its guns down and join Russia in finding a diplomatic solution to address Syria’s usage of chemical weapons.