The Cadillac Tax—The Good, the Bad and How It Will Impact The Future of Health Care
By Michelle Xiong, 11/2/2015 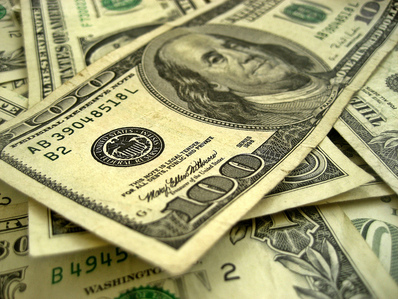 In light of the 2016 Presidential candidate debates, health insurance is a topic that is often discussed. One aspect in particular that has received considerable attention is the Cadillac tax, a portion of the ACA that is under fire for its projected impacts on US employees who receive their health insurance from their employers after its implementation in 2018.
The Cadillac tax that is a permanent, non-deductible annual tax expected to be implemented in 2018. The tax is placed on high cost employer-sponsored health coverage for individuals and families.
As an overview, the tax is meant to disincentive employers and employees from using expensive health care plans in order to reduce and cut overall medical spending and expenditures meanwhile acting as a source of revenue for the Patient Protection and Affordable Care Act (PPACA), or Obamacare.
The tax is currently slated to be 40% of the cost difference between the enrollee’s selected high-cost health insurance plan and a given threshold price predetermined by the federal government as what constitutes an “high cost” health insurance plan. The current price thresholds are $10,200 plans for individual coverage and $27,500 for family coverage. These numbers are subject to change as we approach the 2018 implementation date to accurately reflect inflation. They are also subject to increased based on group demographic of age and gender, and on risk of occupation.
Payments are currently being held accountable by the employers to calculate these differences in health plan costs and the insurers pay the burden of the tax, but as of now, there have been no formal statements on how the payment of the Cadillac Tax will roll out. With current projections, the Cadillac tax is expected to affect every one in four employees at implementation, and that number is expected to continually expand to affect 30% by 2023 and 42% by 2028.
This poses an issue with the labor unions and those who feel threated by a potential increase of costs in exchange for fewer benefits. THE US Chamber of Commerce is also currently against it, citing that the Cadillac tax will increase costs for companies and in turn, reduce the overall quantity and quality of benefits to its employees. The Congressional Budget Office has predicted that employers will respond with cuts in overall benefits as a way of avoiding paying the Cadillac tax. Health policy analyst Chris Conover explained that the increases in percentage of employer-health-insured workers will be affect due to the faster growth rate of medical expenditure that exceeds the inflation rate. This translates into rapidly increasing price of premiums for health insurance that will, before long, fall above the government-determined threshold of “high-cost” health insurance plans. In addition, many businesses have already begun implementing measures to avoid paying the tax—only 5% of businesses plan on continuing its current practices and bearing its burden. Of those who are planning on changes either before or at implementation in 2018,  46% have planned on shifting costs onto employees via higher copayment rates, 36% to higher deductible plans, and 31% are simply dropping the high cost plans and shifting to lower cost options.
Despite its opposition by many fronts, the Congressional Budget Office has also stated that lacking a financial backing system as large as the Cadillac tax was going to make reducing the health care spending practically impossible. The tax is projected to generate $87 billion in revenues over a decade to financially support the ACA. In addition, it is a way to address and curb the ever-growing national medical expenditure.
Democratic presidential candidate Hilary Clinton had made mentions of repealing the tax in a statement released on September 29th, as reported by the New York Times, citing that she will find other sources of revenues to finance the ACA. She has proposed a $250 cap on prescription drugs that treat chronic medical problems and reopening importing drugs from abroad, as a part of redistributing funding plans of the ACA away from the Cadillac tax. Democrat presidential candidate Bernie Sanders has called for a similar repeal of the act. Sanders’ solution to making up the financial gains from the Cadillac Tax is by enacting a sur-tax on the wealthiest portion of the population, which is projected to collect $460 billion over the next decade.  Republican presidential candidate Jeb Bush has called for the repeal of the ACA entirely, including the Cadillac Tax, but has plans in store for a policy extremely similar to that of the original tax—taxing benefits for individuals whose plan costs fall outside $12,000 for individuals and $30,000 for families, with variation depending on income.
The future of the Cadillac tax, for now, seems to remain a highly contested, yet necessary portion of the ACA that is still being debated amongst the 2016 presidential candidates. Only time will tell what solutions may offer an alternative to repealing the Cadillac tax or if it will remain in line for its implementation in the near future.