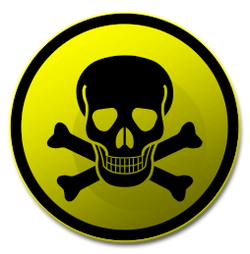 In the wake of the Syrian chemical assault in late August and the debate over how the United States should respond to it, chemical weapons have been in the spotlight of national and international news for more than a month. One of the more popular arguments put forward to justify non-intervention is that military intervention in Syria is unwarranted because the international ban on chemical weapons is itself unnecessary. The essence of that argument is this: Why should it make a difference whether you kill a man with a gun or kill him with a gas? He’s going to end up dead either way. Death is death, whatever the means. This arguments immediately seems faulty—the same logic, applied to nuclear weapon use, would suggest that an international ban is unnecessary, a clearly absurd conclusion. One might further attack it by applying the premise to a man found to possess drugs in his apartment. According to this logic, it doesn’t matter whether or not the apartment was searched legally; the man broke the law, and he ought to be punished. The constitution, however, begs to differ, and surely no one would argue that the 4th Amendment is groundless. That said, this article is intended to explain why the taboo against chemical weapons exists and ought to be preserved.

Weaponized chemicals serve no practical military functions. As combat instruments, they are useless because any targeted solider would quickly and easily be able to immunize himself with the gas mask he is almost certainly carrying. Even if these chemicals were proven to have some military value, they still wouldn’t be worth using or stockpiling because they don’t have as much value as other, more conventional weapons. To illustrate this point, I urge you to consider that while stone-age-style spears could hypothetically be used in combat today, the Department of Defense doesn’t buy any because predator drones are so much more effective in modern warfare. Indeed, the only reason they would ever be employed would be in targeting and killing civilians, as almost all would lack the immediately necessary access to inoculation. The international taboo against chemical weapons, then, can be thought of as a subset of the larger taboo against civilian slaughter.

Moreover, chemical weapons, like nuclear and biological ones, are indiscriminate: they make no distinction between soldiers and civilians they way more conventional weapons do. It is for this reason that we label all of the three as “weapons of mass destruction.” (The categorization is at least a little misleading, given that chemical and biological weapons operate on a human level—that is, they cannot destroy buildings or infrastructure or anything of the like.) Historically, however, the taboo may have originated not because chemical weapons fail to distinguish between opposing armies and civilians populations but rather because of their failure to distinguish between opposing armies and government officials. Heads of state—those responsible for negotiating international law—likely pushed for an ban against chemical weapons for the same reason they pushed for similar bans to political assassination: they feared a scenario in which they themselves were targeted.

It is obvious, then, that the taboo on using chemical weapons is one that ought to be preserved. That is not to say, however, that that fact itself justifies military intervention against the Assad regime. How best to preserve the ban as an international norm is an different question entirely.