The Cost of Oklahoma Oil 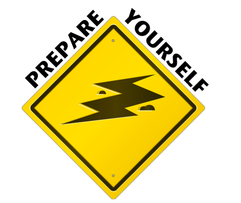 In light of the numerous earthquakes, Oklahoma lawmakers opted to scale back all underground waste injections within an Oklahoma tract of land the size of Connecticut, by 40%. For some, this may be too little too late. Oklahoma earthquake insurance sales have skyrocketed in recent years, as the rising frequency of high magnitudes quakes sees residents scrambling to protect themselves. In 2015 alone, the state of Oklahoma had 907 earthquakes, magnitude 3 or higher. Until this recent transition, state officials have maintained that these earthquakes are “an act of nature.” This development reflects a long overdue shift in the attitudes of the state government. This is further illustrated by a recent ruling from the Oklahoma Supreme Court, which states that Oklahoma residents can sue companies because of damages sustained by earthquakes.
While it is undoubtedly important to ensure business interests are doing well, they will be unable to thrive if the populace continues to struggle with earthquakes. For this reason and for the protection of Oklahoma residents, it makes sense to closely monitor the frequency and intensity of these earthquakes. While a 40% reduction is helpful, should it not prove to be enough, further regulation may become necessary in order to protect the people of Oklahoma. The state legislature should adopt a gradual policy towards legislation, reassessing scale backs based on noticeable drops in the frequency and magnitude of earthquakes. If this fails to work, more stringent downsizing may be necessary. In light of the Supreme Court decision, it is in both the interests of the oil companies and the Oklahoman people to decrease the number of earthquakes, as it costs both the companies and the people each time there is an earthquake. Since homeowner’s insurance does not cover earthquakes, many of the people of Oklahoma are being forced to take out additional policies with other insurers, in order to protect their homes from these devastating quakes.  An effort must be taken to alleviate this additional burden on the Oklahoma homeowners.
This can be done through a corrective tax, levied on gas companies currently operating in Oklahoma and the larger affected area. The revenue from this tax would then be used to further subsidize earthquake insurance for those affected, thus alleviating part of the financial burden placed on Oklahomans. The situation in Oklahoma is past the point where nothing can be done. Lawmakers are being spurred into action but this is not enough. In order to completely ameliorate the situation and protect the residents of Oklahoma, more changes need to be planned and conditionally implemented. Failure to do so could yield disastrous consequences for both the people of Oklahoma and the oil and natural gas industry based there.
Ultimately, there are a few conclusions to be drawn. The first is that there does appear to be a correlation between the consistency of earthquakes in the region, and the increased activity from the oil and gas industries. The second conclusion is that these earthquakes have had a significant economic impact on the community, in terms of damages and insurances costs, that need to be offset in some form. The third is that corrective taxes and further legislation is necessary to offset these economic damages, and to encourage legislators to keep an eye towards curbing oil and gas activities further in the future. Both measures take an active role in ameliorating the earthquake crisis and saving Oklahomans expensive insurance policies and energy companies expensive lawsuits.