The Effort to Increase Transparency In the Pharmaceutical Industry and Eliminate Controversial Drug Pricing
By Rebecca Shohet, 11/2/2015 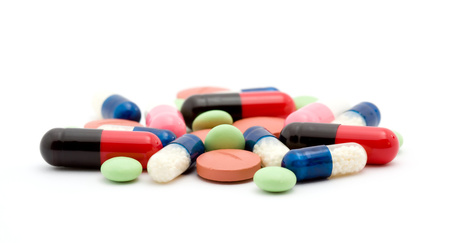 ​The high price of pharmaceutical drugs has recently become an increasingly controversial issue in the world of healthcare.  For the last few years, the amount spent on drugs had barely increased, but in the last year pharma prices exploded, increasing by 12%. With many angry Americans feeling that pharmaceutical companies are exploiting them, there are many questions, and very few available answers. Major pharmaceutical companies are under pressure to reveal sources of their funding, how they price their products, and where exactly these exorbitant prices come from.

However, despite the pressure, pharma companies keep inflating rates without any disclosure of pricing. The story of CEO Martin Shkreli of Turing Pharmaceuticals proved how scheming such companies can be. Shkreli purchased the rights to Daraprim (a popular Aids medication which has been used by patients for over 62 years) and increased the price by more than 5,000%. Shkreli justifies this increase in price (from $13.50 to $750 per dose) by stating that this extra money will help fund research to create new medicine, putting the money “right back into the patients’ hands”.

One approach to making these costs known to the public is the introduction of pharmaceutical cost transparency bills to encourage large pharmaceutical companies to disclose their pricing mechanisms.  Other efforts include allowing large insurance companies to negotiate prices for higher demand drugs and even letting sick patients import the drugs they’re in need of from different countries, such as Canada, at a cheaper price. Lastly, representatives from the U.S Senate Finance Committee had previously demanded that pharmaceutical companies reveal their exact costs and the methods they take when generating drug prices. But although many of these possible approaches seem promising at the surface, these pharmaceutical companies are resilient when it comes to challenging the pharma market and continuing to raise prices.

But efforts by representatives in both local and state governments and passionate grass-roots movement participants have not been in vain as the industry has definitely become more lenient with their privacy concerns in the last couple of years (although not particularly through their own volition). Most notably, the Physician Payments Sunshine Act (part of the Affordable Care Act) mandates that the names of physicians accepting any monetary gifts worth more than ten dollars (and the exact value of these gifts) from pharma companies to be public knowledge searchable on an open database. These payments range from research grants to meals, traveling expenses, and lodging for medical conferences where the doctors were to speak about (and usually promote) the pharmaceutical company’s latest drug. The payments were reported at the end of March 2013 and were posted on a public database on September, 30th 2013.

Hopefully, drug companies will parallel this trend and also disclose the costs of their drug research and other factors that determine prices. However, it may be with good reason that the methodology behind this process is confidential. Pharmaceutical companies opposed to disclosing this information say that this material would undeniably be misinterpreted which would lead to the spread of incorrect information regarding drug pricing. They also say that many people would not understand the way research funds are allocated and the mathematical and economic models used to come up with drug prices so the transparency bills will be virtually useless to the average pharmaceutical consumer.

A possible recommendation proposed by John Rother, chief executive of the National Coalition on Health Care, to encourage pharma companies to disclose prices is to focus transparency bills not on the amount of funding that goes into research of the disease at hand and possible drug trials (since this can get complicated with all of the different grants and players involved in funding these studies), but on the calculations these companies go through to calculate the price they expect consumers to pay in the end and all of the factors involved in attaining that final value.

Both democrat frontrunners, Hillary Clinton and Bernie Sanders, have mentioned increasing pharmaceutical costs as an issue to be addressed in the upcoming 2016 presidential campaign. Mr. Sanders has shown his support for the lowering of pharmaceutical drug costs, saying that it is irrational for a person with health insurance to be unable to fill a prescription for a drug they need because they cannot afford to do so. With the use of new technologies, diseases like cancer, high cholesterol, and Hepatitis C can now be cured. It is unfortunate that those in need of these available drugs to treat their illnesses cannot afford them and in turn are not receiving the best possible care.