The Failure of UN Peacekeepers Today is Structural 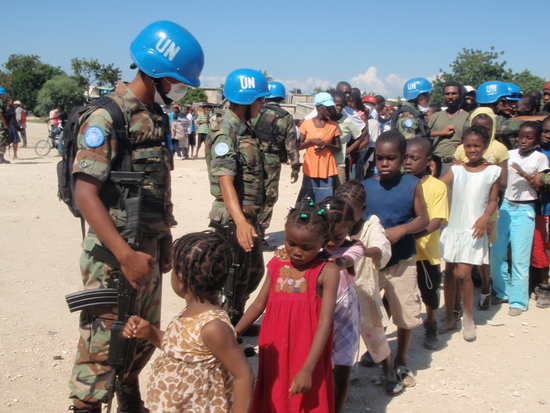 ​In 1988, the UN Peacekeepers won a Nobel Peace Prize for their efforts in stabilizing volatile conflict zones and successfully preventing re-escalations of tenuous ceasefires. Their first mission — policing the Suez Canal Crisis — established them as competent, well directed, and above all, committed to the humanitarian ideals to which the UN aspires.
However, within the last twenty years, when Peacekeepers are in the news, it’s for grievous abuses of power and human rights violations, for interminably long missions to failing states, or for general incompetence. What happened?
Simply put: Cynicism, Complexity, and Culpability.
World leaders have become cynical about the program’s effectiveness; gone are the days when Peacekeepers were unequivocally trusted to accomplish their goals. Thus, any additional support that the Peacekeepers may have once received from UN Member Nations is lessened; even the UN seems to have given up on them to a degree. Look at the disastrous mission series UNOSOM I and II. The infamous missions to Somalia (its most well-known pyrrhic victory inspired Black Hawk Down) were attempts to stabilize the country and remedy a power vacuum; with the consent of the warring parties, the Blue Helmets entered the country, supported by US and other NATO troops. Yet, when the Blackhawk incident occurred, then-President Bill Clinton pulled out the US military detachment, loathe as he was to lose any more American lives. The Peacekeepers were spread thin at the time of withdrawal; there were 14,968 troops meant to police all of Somalia. Combined with strategic attacks on Blue Helmets by warlords and budget cuts, the Peacekeepers cut their losses and left the country, leaving Somalia to descend further and further into its Failed State status. To this day, the Somalian Civil War is still ongoing. Perhaps if the US troops had remained, or the Security Council had not slashed its budget, Somalia might have a more promising future ahead. Instead, the UN should strive to balance necessary cynicism with practicality, rather than merely straining an already-overwhelmed peacekeeping force at the whims of its own bureaucracy. The cynicism displayed by world leaders and the fumbling involved in missions, however, cut the effectiveness of the Blue Helmets and hurt their operational capacity.
The rise of complex wars—ethnically and religiously divisive wars often inspired or exacerbated by the legacies of imperialism and colonialism—hurts the capacity for the Blue Helmets to operate in a meaningful capacity in theaters of war. Peacekeepers operate on the principal of neutrality; very rarely are they permitted to employ offensive force. All conflicting parties must agree upon their intercession. This becomes more difficult if one such warring party refuses to recognize the legitimacy of the UN, or the legitimacy of human rights. Compare the initial purpose of the Peacekeepers (to deal with inter-state conflict) with the most common form of conflict today (civil wars and intra-state conflict); Peacekeeping is no longer as black-and-white as it had been at its conception. Thus, the UN should examine new ways to stabilize internal strife in peacekeeping operations—perhaps by expanding Peacekeeper mandates to allow them to adapt to these new complex wars.
Finally, the most grievous failure of modern UN Peacekeepers is in the unforgivable atrocities that some have perpetrated against the populations they’re meant to protect, and the UN’s less-than-stellar response to these allegations. Perhaps its visibility is symptomatic of the interconnected world in which we live—how long have such human rights violations been going on? The actions of a vile minority sully the names of their missions. Even more concerning, the UN has been frighteningly lax about preventing or punishing offenders; it has refused to accept responsibility for the cholera epidemic unleashed by Blue Helmets in Haiti and is still dragging its heels about punishing long-standing allegations of sexual abuse by peacekeepers. This culpability truly puts the nail in the coffin of the Peacekeepers’ reputation: men and women who are meant to protect the dispossessed exacerbate the situation in the worst possible way. The UN’s inaction needs to be desperately remedied before the Peacekeepers can be trusted again.
So what should the UN do? Crack down on human rights abuses. To do any less would be to spit in the face of the UN’s long-time mandate to protect human rights for all. Educate Peacekeepers sent abroad about repercussions for abusing human rights. Set up a mandatory health and safety class to prevent another epidemic through neglect. Temper cynicism with practicality; slashing military funding to an already understaffed operation is only detrimental to the people the UN have sworn to protect. Prepare to expand Peacekeeper mandates to include limited offensive force, like the one used in Uganda to fight the Lord’s Resistance Army. Do not allow internal bureaucracy and the actions of a terrible few to dishonor a hard-won Nobel Peace Prize and the people who need the peace.