The Future for Gitmo 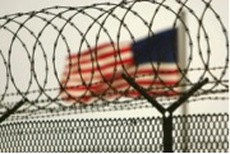 In 2008, President Obama had created a successful rhetoric for himself and his fellow liberals: Guantanamo Bay needed to be closed because its existence opposed American ideals of freedom and justice. “It’s not who we are,” he asserted in this year’s State of the Union. And just last year, in 2014, the president finally took action to shrink Gitmo’s population by acknowledging, without the approval of Congress, the transfer of five alleged members of the Taliban in exchange for the release of Army Sgt. Bowe Bergdahl in Afghanistan. Liberals, along with many conservatives, have applauded such a bold move by the president in dealing with what has come to be a perennial topic of contention. But should we really be applauding such moves and, more importantly, the closing of Guantanamo Bay?

In order to address this problem, we must further understand the underlying controversy surrounding Gitmo. When President Obama proclaimed that it didn’t represent “…who we are,” he was referring to the continued mistreatment of detainees, particularly the “enhanced interrogation” tactics that had in recent years been the topic of heated debate. On this point, I couldn’t agree more. In 2009, Amnesty International reported that detainees were subjected to harsh conditions such as sleep deprivation and force-feeding. These findings have not only given the U.S. a bad name but also hurt our credibility as a leader in global affairs, as the U.S. has clearly violated its own Constitution and the International Covenant on Civil and Political Rights (ICCPR) with respect to the torture of prisoners.

Despite this, the U.S. does have a right and in fact should hold enemy combatants, as Gitmo has done and should continue to do. It just doesn’t make sense to close the operation of something that seems to be doing its job, other than torturing its detainees, that is. Even President Obama’s task force concluded several years ago that at the time there were 48 detainees “too dangerous to transfer but not feasible for prosecution.” Moreover, the recidivism rate of all detainees released from Gitmo is approximately 30 percent. Looking at this, we can’t trust other countries to hold the worst of the worst. At the same time, we can’t risk bringing them within our borders because judges of our civilian system, prone to imposing the people’ policy preferences, will be sure to release the detainees one way or another.

If President Obama is really concerned about the safety of the American people, what he really should be focusing on how we could preserve Gitmo and eliminate the mistreatment of detainees. Until then, Gitmo will continue to be tainted and the future of Americans’ safety in the abyss.