The Future of Television is Here: Why consumers are ditching cable 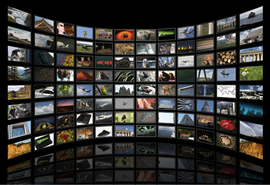 For over half a century, television has been the dominant medium of media and entertainment for millions of Americans nationwide, and billions of people worldwide. In the United States, there’s only been a few major networks that have acted as gatekeepers. These network conglomerates- Viacom, Comcast and Time Warner.  They chose their programming lineup each year, which attracted a certain size audience that could be transformed into a large amount of money. Cable allowed for a diversification of options, with the option to subscribe to premium television networks for specialized, paid (ad-free) content. Most channels however operated on a hybrid model of advertising and fee accrual in return for programming rights.  Cable companies held a lot of leverage in this model, by having a direct financial relationship with consumers- unlike broadcasters and content creators.  However, with the advent of Netflix, Hulu, Amazon Prime Video, HBO GO and other such streaming services, we’re entering a new era of television.

The definition of  what people call “television” is  rapidly transforming. Cable providers are suffering, and revenues are declining. Television as an appliance is now completely autonomous from television the entertainment medium. In the modern day, every type of screen we may utilize- traditional television sets, tablets, laptops and smartphones- can all access this programming. Consumers can now completely circumvent the need to purchase cable boxes from providers- thus negating their roles as gatekeepers.   Their business model is extinct, they just don’t know it yet.  Consumers can pay content providers directly for content- on any device- without a cable subscription. Consumers get the content they pay for, and the companies keep all the revenue. An increasing amount of people, angry with rising service bills and terrible customer service,  have chosen to completely circumvent the paid television model by opting out and “cutting the cord.” Instead, they have chosen to either pursue paid online streaming services as alternatives, or torrent television shows.  Consumers have no incentive to use cable services any longer, when there’s simply other viable options that the consumers may choose to pursue.

Cable companies have developed strategies, and grasped the nuances to evolve in this changing marketplace. They have cut cable subscription prices and have offered access to television through online means. Several companies have implemented online streaming services.  Comcast has implemented an online streaming service. Individual broadcasters such as NBC, CBS, AMC, TNT and many other channels have also created online streaming services- access is granted to consumers if it’s tied to a cable television subscription. Thus, such methods have allowed them to retain clients and adapt to the rapidly changing business models.  Streaming apps have become a popular choice for channels because it allows them to personalize the programming based on the consumer’s choices, engaging consumers in a much more effective way, and allowing for better revenue utilization based on the individual preferences of consumers.

Channels have even gone beyond online streaming to engage fans- outreach through social media channels such as Facebook, Twitter and Instagram have become continuously important when engaging fans, and proliferating “brand” appeal. Many critics are indeed saying that we are in the “golden age” of television, for there are more outlets than ever for creatives to go about producing their work, unfettered by traditional programming constraints. For decades, consumers did not have much choice when it came to choosing television content, and the providers of said content. But thanks to the advent of the internet, we’re on the precipice of a complete shift in the television industry that will completely change how consumers watch television programming.