The Risks of Reviving Economic Sanctions 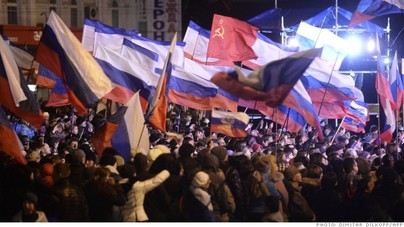 Economic sanctions are an age-old tool of coercion that must be handled with the utmost care. Recently, the use of targeted sanctions has resurfaced and escalated between Russia and the West to combat the Crimean crisis. While this strategy avoids physical conflict, it ultimately heightens tensions, harms innocent parties, faces collective action problems, and is often only marginally successful.

Russia recently infuriated the world when President Putin signed a bill formally absorbing Crimea in Russia. Putin rationalized that Crimea had “always been part of Russia” and that it was a “historical injustice” for it to remain a part of Ukraine. There is a general consensus throughout the Western world that Putin’s act is a clear and irrefutable violation of international law and thus cannot go unpunished.

Despite anger and disbelief regarding Putin’s aggression, President Obama, backed by a host of European countries, has ruled out military intervention. The U.S. and E.U. have instead turned to “smart” or targeted sanctions, which seek to hold only guilty parties accountable in hopes of changing their behavior. The U.S. and E.U. are currently sanctioning 20 individuals closely associated with Putin. There has been talk of expanding the current asset freezes and blacklists to sanctions on Russian energy exports and an arms embargo; however, Obama believes the current sanctions will have a considerable impact on Russia’s economy.

But at what cost and to what end? Obama himself acknowledges that the sanctions, especially if expanded, could disrupt the world’s economy. Russia has also threatened direct ramifications, with Russia’s Foreign Ministry claiming, “there should be no doubt: for every hostile attack, we will respond appropriately.” Russia has already banned key American officials and made statements regarding the expansion of these bans.

There has been little sign of Russia reconsidering their stance despite the united front that opposes them. This is likely because the U.S. and its allies will not impose comprehensive sanctions that inflict civilian suffering. Comprehensive sanctions are likely the only type that could elicit a response. The issue remains that Russia cares more deeply about securing Crimea than anything the U.S. could take away through targeted sanctions.

The next step for the U.S. is unclear, although their efforts must undoubtedly be revamped. In a recent news conference Obama said, “The Ukrainians shouldn’t have to choose between the West and Russia, we want the Ukrainian people to determine their own destiny.” Ukraine must receive the West’s backing to counteract Russia’s pressure to be able to make a clear decision with regards to Crimea.

In sum, Putin’s invasion incursion of Crimea must be reprimanded and his empty justifications refuted. Yet, the U.S. and its allies must devise a more sound strategy to handle this problem and other blatant violations of international law. As was seen in the recent crisis in Syria, the U.S. must set strict red lines and devise set strategies for when these lines are crossed. The U.S. must not disregard the use of force, if only in the name of deterrence and credibility.