The Role of Tax Reform in Revenue Creation 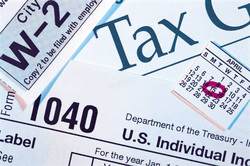 
This past summer, members of the Senate Finance Committee brought the issue of tax reform to the national agenda. While significant legislation is unlikely to be implemented in the near future, the resultant discussions raised important questions about what role tax policy should play in revenue creation, the use of tax policy to generate desired social behaviors, and the relationship between US corporate tax rates and their foreign counterparts, among many others. While each of these topics raises hearty debate from those of all political orientations, I will delve into the specific role that tax reform should play in revenue creation, thereby forming a foundation for future discussion on tax reform. Specifically, I will draw on the outcomes from the 1986 Tax Reform Act, examine the political arguments for and against the use of tax reform to raise revenue, analyze President Obama’s position on the issue and ultimately provide a recommendation for the appropriate policy.

The 1986 Tax Reform Act was the most recent significant reform to the United States tax code. Broadly, the act lowered individual and corporate rates and simultaneously broadened the tax base through the elimination of a variety of exemptions, deductions and credits. Via a redistributive effect, whereby changes to the corporate tax system increased revenues and reform of the individual system decreased revenues, the act was largely declared to be revenue neutral. However, upon closer inspection, the reform created politically motivated inconsistencies in which individuals, namely voters, received benefits such as individual rate reductions, increases in the standard rate deduction and the expansion of the Earned Income Tax Credit. Simultaneously, the elimination of the top two tax rates, and the repeal of the investment tax credit increased corporate tax revenues. Thus, while it can be said that the 1986 Tax Reform Act was revenue neutral, a shifting of the base redistributed tax burdens across the economy so that some received a more positive impact than others. Lessons from 1986 teach today’s policymakers that the goal of tax reform should be to make the code fair and efficient by enforcing the lowest possible rate among the largest possible base.

An analysis of each political party’s core beliefs reveals that Democrats tend to support revenue-generating taxation whereas Republicans prefer revenue neutral policy. However, recent debate has sparked a potential compromise between the two parties whereby tax reform would be revenue neutral in the long term. Building on this concept, the Obama administration recently released a tax reform proposal that generates revenue creation in the short-term but guarantees tax neutrality in the long run. The proposal recommends that the corporate tax rate be lowered from its current 35% down to 28% and that proceeds from a one-time tax repatriation holiday be used to fund a national infrastructure bank. The proposed bank would finance infrastructure projects, thereby creating jobs and stimulating the economy. While there is much to be praised about this proposal, it is possible that the focus on corporate taxation may take away the potential for comprehensive reform of the tax code.

Overall, supporters of positive revenue tax policy advocate the potential for tax policy to promote fairness across income levels via resulting redistributive policy. On a technical note, they suggest that the failure to secure sources of revenue increases before lowering tax rates will likely result in a loss of revenue. This means that a broadening of the tax base will not always occur after lowering rates, and revenue neutral policy may not actually achieve its intended goals. Nevertheless, supporters of revenue neutral tax policy advocate the increased role of the free market in the economy, and therefore less government intervention. Historical accounts of tax policy and current discussion reveal the need for comprehensive reform. Policymakers should craft revenue-generating policy in the short term to boost our slowly growing economy. However, in the long-term, policy should raise some revenue for reallocation but largely allow the invisible hand to guide marketplace transactions.