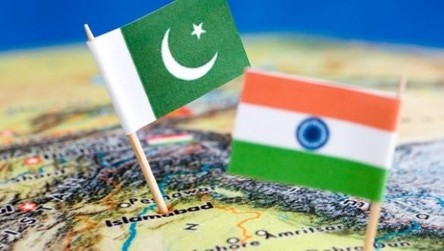 Despite strong economic growth and increasing influence in the UN, India’s lack of military progress, combined with its neighborhood rivalries, may soon cause its global aspirations to be offset by its regional vulnerability
​
On September 18 last year, an Indian military base in Uri, Kashmir was attacked by heavily-armed Pakistani insurgents, resulting in the death of 18 Indian soldiers. Eleven days later, India retaliated with surgical strikes across the Pakistani border, claiming the lives of approximately 30 insurgents. While the success of the surgical strikes was later revealed to have been exaggerated by the Indian government, the latest flare-up near the line of Control serves to highlight India’s current vulnerability towards Chinese and Pakistani aggression.

Beijing, keen to build on its regional supremacy, has initiated the One belt, One Road (OBOR) plan, a modern equivalent of the 1947 Marshall Plan. The program aims to provide financial assistance to nations along the famed Silk Route, thus consolidating China’s sphere of influence as well as limiting India’s, its sole potential rival in the region. The OBOR further raises fears of possible Chinese incursions into Indian territory in the north; as shown through the Tibetan annexation in 1959 and attempts to absorb North-East Indian territory in the early 2000s, the Chinese view territorial expansionism as an important vehicle for increasing their bargaining power in the region.

An obsolete political hierarchy in Pakistan, meanwhile, creates a Catch-22 situation for the Indian government. Since its independence in 1947, Pakistan has repeatedly been witness to military takeovers of its political institutions; the country has spent 33 of its 70 years under military rule. Indian acts of belligerence towards Pakistan will only serve to strengthen the populist acceptance of the hawkish Pakistani military, thus creating a self-perpetuating cycle of increasing conflict due to the military’s inclination towards aggression and its encouragement of militant excursions into India. An emboldened military will further weaken Pakistan’s democratic elements, thus rendering negotiations with the country’s elected leaders redundant.

India’s most glaring weakness, however, is its military inadequacy. Despite boasting the world’s second-largest standing army (behind China), the Indian military continues to function on budget deficits and outdated equipment; the Indian Standard Assault Rifle, for example, hasn’t been upgraded since 1982. Further, in the event of joint Chinese-Pakistani aggression, Indian nuclear warheads would be outnumbered 1 to 3. While the doctrine of nuclear deterrence has been essential in preventing all-out war in the region over the past 50 years, even small-scale joint incursions such as one by Pakistan and China to obtain minor territory in Jammu & Kashmir are increasingly likely to succeed.  Although the Indian military has begun constant upgrades on its inventory and is now placing greater focus on naval and air-based strength, these initiatives are likely to conclude after a decade, during which time India will remain dangerously vulnerable to its regional rivals. Moreover, Pakistan may even be willing to risk sanctions because of the significant damage brinkmanship may cause to India’s foreign capital-driven economic growth.

In order to mitigate its current vulnerability, India can commit itself to one of two strategies, depending on which paradigm it establishes its foreign relations policy.

From a liberal standpoint, the most effective strategy would be to increase economic ties with China through avenues such as BRICS. As commercial liberalists would argue, consolidating economic interdependencies would supplant Beijing’s consideration of India’s regional threat, as the benefits of alliance would outweigh the benefits of aggression.  Consequently, Pakistan would be deterred by the Chinese from hostility towards India.

A realist policy, meanwhile, would advocate a hardline stance and retaliatory measures against regional aggression, banking on nuclear deterrence to maintain the balance of power and preventing direct confrontation with Pakistan and China. Pakistan will not consider an open war without Chinese support, while China will be discouraged by the threat that brinkmanship would pose to its economic ambitions and promises of stability across its sphere of influence.

While these policy suggestions represent two distinct approaches, the actual scenario will likely involve a combination of both. The Indian government, conscious of its electoral ambitions, will ostensibly maintain a populist hardline stance against any kind of Pakistani or Chinese aggression. Meanwhile, New Delhi will be keen to engage in backchannel diplomacy and military improvements to ensure regional stability as well as economic certainty for foreign investors.