​The Surge in Zika was No Surprise 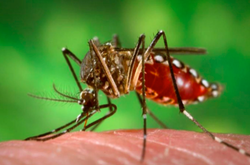 By Julia Malits, 2/23/2016
​
​On February 1, 2016, the World Health Organization (WHO) declared the Zika Virus Disease (Zika) a Public Health Emergency of International Concern in response to a spike in the number of reported cases in Latin America. Aat the moment, Zika is actively being transmitted in a number of countries and territories in Central America, South America, the Caribbean, the Pacific Islands, and Africa.

Zika is a mosquito-borne infectious disease with several characteristic symptoms including, mild fever, joint pain, skin rashes, conjunctivitis, and headache. The symptoms usually persist for 2-7 days in affected persons, as there is no treatment or vaccine currently available. Zika is particularly dangerous for pregnant women because the infection is linked with microcephaly in newborns, a condition in which an undersized infantile head leads to seizures, developmental delay, and intellectual disability among other complications.

But Zika is nothing new.

The tropical disease was first discovered in Uganda in 1947 in rhesus monkeys, and then in humans in 1952. The disease, however, has only recently been introduced to Latin America, and very few individuals have immune protection from Zika, giving rise to the intense public health response. The Zika outbreak occurred in Brazil in May 2015, but it is thought that Zika was first introduced in mid- 2013 from a single person and circulated widely during that time period. Looking past its introduction, Zika is thought to have spread so wildly for a number of reasons.

There is a longstanding, well-known linkage between infectious diseases like Zika and climate change. Even before infectious agents were discovered, humans have known of this relationship. Aristocrats in Ancient Rome, for example, retreated to the posh hillsides each summer to avoid malaria. Today, scientists have identified many ways by which climate change affects changes in infectious disease transmission patterns. The most notable feature of contemporary climate change is the steady rise in global air temperatures.  NASA corroborated this feature by releasing data that shows the 10 warmest years in a 134-year record to have all occurred since 2010, with the exception of 1998. More damning, 2015 ranks as the warmest year on record, the same year as the Zika outbreak.

The global warming has given rise to increased precipitation, which breeds pools for mosquito breeding according to the WHO. Thus, once a mosquito-borne infectious disease is introduced, it is able to proliferate in a hospitable environment and soon enough reach human hosts. In conjunction with conducive climactic conditions, spikes in urbanization and easy access to travel only further inflame the issue.  With urbanization often come poor hygiene and sanitation, as well as cramped living spaces, all of which enable an infectious disease to proliferate. Likewise, easy access to travel, as in the case of Zika, enables the otherwise unlikely transmission of diseases separated by vast seas. In the case of Zika, the alleged timing of its introduction coincided with a rise in the number of monthly travellers from Zika-infected countries.

With a clear ecology between infectious disease and climate change, last year’s Zika outbreak should come as no surprise. It occurred in a country where 85% of the population lives in an urban setting, and where not only its economy but also its hygiene and sanitation capacities are still developing. It should also come as no surprise that Zika is in good company.

Many other infectious diseases are vector-borne, including Dengue, Yellow Fever and West Nile Virus. Intensified tropical conditions enable these diseases to proliferate quite wildly, and can easily spark a public health emergency of similar magnitude to Zika. And with the continuation of human activities that engender global warming patterns, these vector-borne viruses will retain their strength in numbers.

Zika, then, is certainly not the last infectious disease that contemporary climate change will bring about.