The Unseen Economics of Illegal Immigration 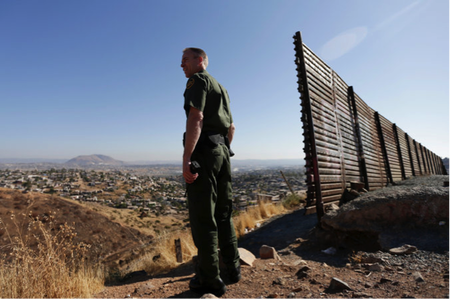 ​While reforming policies in regards to illegal immigrants in the United States has always been a hot-button political issue, it is especially important in the current state of affairs given the upcoming 2016 presidential elections. Popular candidates on both sides of the party divide have proposed bold plans. Recently, Republican frontrunner Donald J. Trump pushed for a three-principled reform policy that takes a hardline stance against all illegal immigrants while Democratic frontrunner Hillary Clinton advocated for comprehensive changes that would provide illegal immigrants a more accessible path to citizenship. However, the political battles over the direction of national immigration reform only graze the tip of the iceberg — the real roots of the issue lie deep within the domestic economic impacts of illegal immigration itself.

According to the Center for Immigration Studies, this impact can be reflected in three different aspects: First, there is the general effect on the growth of the U.S. economy, as measured by Gross Domestic Product (GDP). This effect is important because an overall growth in GDP allows for greater production of goods and services as well as an expanded job market — ultimately resulting in a higher standard of living throughout society. Second, there is the particular effect on the budget of the U.S. government, as illegal immigrants do not pay taxes or receive tax refunds in some instances such as income taxes. However, illegal immigrants still utilize public services, which are paid for by the government. This effect is important because the government’s continued operation under a deficit results in accumulated debt, which is a whole set of problems within itself. Lastly, there is the particular effect on the job market, specifically on the availability and wages of jobs of native-born United States workers. This effect is important on a standard of perceived fairness — the public would see the economy as unfair if illegal immigrants significantly detracted from the amount and availability of income for United States citizens and outcry would decree an immediate change in policy.

1.) Effect on the growth of the United States economy
The latest study conducted by George J. Borjas, a labor economist at Harvard Kennedy School, finds the labor of illegal immigrants increases the national GDP by around 11 percent per year, or 1.6 trillion U.S. dollars per year. However, because around 97.8 percent of the increase goes directly to the immigrants and their families through wages and benefits, 2.2 percent, or 35.2 billion US dollars, is distributed to other parts of the overall economy. Some studies may only account for the slight 2.2 percent increase because the remainder of the GDP growth does not directly benefit native U.S. citizens. However, the indirect benefits of an increased GDP are too significant to overlook-- companies that hire illegal immigrants still contribute to economic progress and society, including immigrants, enjoys a higher standard of living.

2.) Effect on the budget of the United States government
Unfortunately, illegal immigrants frequently benefit from the free rider problem, which occurs when a portion of consumers fail to pay the full price for a particular good or service. This is because some services such as schools, public facilities, and emergency services are open to a wide enough public that there is no guaranteeing that all users pay for usage. Furthermore, other services that may be initially inaccessible to illegal immigrants, such as Medicaid, may have loopholes for usage in emergency situations. Consequently, either the local, state, or federal government will pick up the remainder of the tab. While there are problems with identifying the exact fiscal burden resulted due to the difficulty of accounting for illegal immigrants, a Heritage Foundation study estimated the fiscal burden was around 55 billion U.S. Dollars per year. The largest contributing factors to this deficit were welfare benefits, public education, public services, and the category of direct benefits, which included Social Security, Medicare, unemployment insurance, and workers’ compensation.

3.) Effect on the jobs of native United States citizens
This effect tends to be the most contentious factor in the debate over illegal immigration — the perceived loss of jobs and diminished income frequently trouble many voters. However, it is important to realize the complimentary effect that illegal immigration has upon the job market. According to the Hamilton Project study, “Based on a survey of the academic literature, economists do not tend to find that immigrants cause any sizeable decrease in wages and employment of U.S.-born citizens and instead may raise wages and lower prices in the aggregate.” The economy does not operate in a zero-sum fashion; instead work done by illegal immigrants may serve as the infrastructure for future job positions as well as magnify the importance of current jobs.

The conclusion to be drawn from these three effects is that while illegal immigration may serve as a fiscal burden, its overall benefit for the job market and economy are clear justifications for a reform toward a more open and accepting immigration policy. While openness and acceptance may not necessarily mean encouragement of future illegal immigration, it does mean treating current illegal immigrants with dignity and granting them the opportunity to become full, legal citizens. In the current political situation, ideas such as the current Obama administration’s four-part policy of strengthening border security and cracking down on companies that hire illegal workers while also creating a path toward earned citizenship and streamlining legal immigration should absolutely be encouraged. Similarly, presidential candidate Hillary Clinton’s pledged support for the DREAM act, which gradually phases illegal immigrants into a conditional then permanent residency is also a definite positive. Moving forward as a nation, the United States would greatly benefit economically if it were to view illegal immigration under a proper lenses of knowledge and push forward these policies of openness and acceptance.