​The US vs. the UN: Reconsidering America’s Human Rights Record in the Modern Era 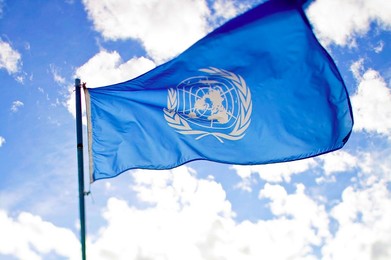 As Trump’s threats to leave the UN Human Rights Council grow more plausible with each passing day, they have drawn criticism from those who believe that a withdrawal from the body would mean ceding American influence over international dialogue about the nature of human rights. These concerns, posed mainly by those who see the United States the standard-bearer on human rights, evoke larger questions: what are the implications of withdrawing from the Human Rights Council, and is the US really moral in its foreign policy?
From Thomas Paine’s assertion that, “The cause of America is in a great measure the cause of all mankind” to Ronald Reagan’s claim that, “[America] is the last best hope of man on earth,” American leaders have always loved to wax poetically about American exceptionalism. Many of them additionally claim that, in comparison to the brutality of its enemies, America is a peaceful nation that respects human rights and is uniquely righteous, intervening only for some sort of “greater good,” usually under the guise of “expanding democracy.” This is primarily due to the liberal paradigm of international relations that pervades American thought, which not only places a great amount of faith in the international system, but also draws a distinct line between “free” and “unfree” states. As one of those “free” states, we are taught to believe that our country’s values are uniquely laudable, and that following these values must always lead America to act in a morally superior fashion.

This illusion of American exceptionalism in morality is where the contradiction lies. Even before the Trump administration, America’s relationship with human rights and the UN has been rocky. The United States has been hesitant to sign human rights treaties (i.e. Convention on the Rights of the Child, Convention on the Elimination of All Forms of Discrimination Against Women, Convention on the Rights of Persons with Disabilities, etc.) and is opposed to joining the International Criminal Court, which is relied upon by victims of international crimes when their national courts are unwilling or unable to prosecute criminals. Beyond the signing of these charters, it has historically been willing to support repressive regimes if it is economically favorable (e.g. The House of Saud in Saudi Arabia) or politically favorable (e.g. Abdul Salam Arif in Iraq and Augusto Pinochet in Chile). Under Eisenhower, the US even overthrew Mohammed Mossadegh, the popularly-elected leader of the Iranian Parliament, because he openly opposed growing spheres of influence held by America and Britain. Even under the Obama administration, the US military engaged in what is referred to as ‘double taps,’ in which secondary drone strikes are launched mere moments after initial attacks, discouraging rescue and inhibiting the provision of emergency medical assistance. Therefore, America cannot act under the guise of protecting human rights and expanding democracy if it is only done when it is advantageous to do so.

Of course, the Trump presidency has only served to exacerbate the already precarious relationship the U.S. has with these international instruments of justice. From threats to cutting funding to the UN by over 50% (approximately $5 billion a year), to various Twitter tirades about the inefficiency of what he called, “just a club for people to get together, talk and have a good time” and being directly criticized by the UN human rights chief, Zeid Ra’ad al-Hussein, it is unclear what the next four years will bring for U.S.-UN relations, although it does not look promising.

Ultimately, the United States should not leave the Human Rights Council. To do so would be ceding its influence to countries such as Russia, China, Iran, and others, which are barely equipped to handle human rights violations within their own borders. Although the Human Rights Council is a flawed body (for example, it has been accused of being inherently anti-Israel), it is a necessary one. Within the Human Rights Council, the United States has played a major role in advocating against Russian efforts to withhold rights from LGBT individuals and victims of domestic abuse under the guise of defending traditional values. Similarly, it has also advocated against joint efforts by a handful of Muslim majority countries to ban defamation of religion, which would have contravened international protections for free speech. Leaving would rid politicians, Democrats and Republicans alike, of an avenue to express concerns about human rights violations around the world, instead favoring those who care little about human rights. If the Trump administration truly believes in American exceptionalism and making this country great again, they must support and ensure the continuation of one of the only mechanisms able to hold the world’s worst violators of human rights accountable.