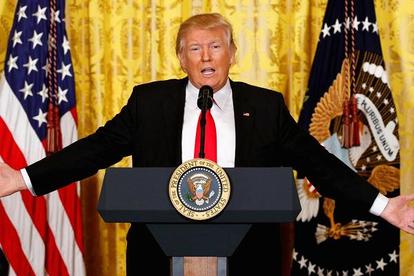 In the wake of Michael Flynn’s resignation as national security adviser, Democrats and Republicans alike are regarding the new administration’s foreign policy decisions with apprehension. And yet, in a recent press conference, President Trump affirmed that he had no duty to the public or the media to speak of his resolutions concerning international affairs. Here are three reasons he’s wrong—and why it matters.
On February 13th, following widely-publicized events and conflicting reports from White House staff, Michael Flynn resigned as National Security Adviser for misleading Vice President Pence on the nature of his pre-inauguration communications with Russia. A few days later, in a press conference on February 16th, President Trump told reporters, “I will not tell you if there will be a response [to Russia] … I don’t have to tell you what I’m going to do in North Korea. I don’t have to tell you what I’m going to do in Iran.” Here’s how this issue is of vital importance for not only our domestic affairs, but also to the international community as a whole.