Too Many Spoonfuls ​of Sugar: Suppression of Research into Dietary Impacts of Sugar is Harming our Health 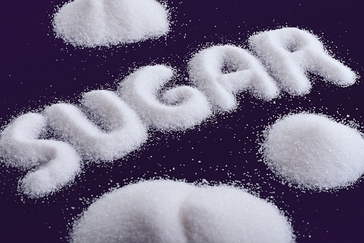 In so many of the popular diet trends, low fat is portrayed as the key to weight loss. Indeed, fat is the popular villain in the United States, credited with causing most weight gain and blamed for the national levels of obesity. The narrative goes, if you lower your fat intake, you will be less susceptible to medical problems associated with obesity – including coronary heart disease (CHD), high blood pressure, type 2 diabetes, and stroke.
However, recent historical research is showing that this blame on fat may not be entirely warranted. An article recently published in the Journal of the American Medical Association (JAMA) reviewed internal documents from the Sugar Research Foundation dating back to the 1950s, and discovered that the Foundation intentionally downplayed results showing sugar to be a dietary cause of CHD. The Foundation-sponsored research instead shifted blame to fat and cholesterol, which have remained primary culprits for CHD to this day.
This discovery is particularly disturbing because it’s been over 50 years since the research was published in the New England Journal of Medicine, a highly reputable peer reviewed journal. When covering this JAMA article, the New York Times suggested that both research into heart disease and present day dietary restrictions may have been misled by biased research. Indeed, it is imperative that we take a closer look at the research that has been done on nutrition, follow the money, and see who is financing the research that will tell us what we should and should not be eating.
Particularly in the United States, sugar plays a significant part in our diet. Euromonitor data shows that Americans on average consume 126 ounces of sugar a day, an amount that is more than double what the other 54 countries measured by Euromonitor consume and what the World Health Organization recommends for daily sugar intake. Meanwhile, the US does not stand out as much with respect to fat intake. The same data placed the United States in 16th with respect to fat intake at 65.5 grams of fat daily, well within the pack. That the United States has one of the highest obesity rates that is greater than many of the countries ranked higher in fat intake may be telling about the source of obesity in the US.
Nutritional policy and guidelines are also at fault here. While the current Office of Disease Prevention and Health Promotion dietary guidelines contain a quantitative recommendation of both fat intake and sugar intake, previous guidelines either provide quantitative recommendations for neither, or only for fat intake. No doubt the lack of regulation for sugar is connected to long-term subversion of the discussion of the harmful effects of sugar in a diet.
This long-term suppression of data showing the harmful effects of high sugar intake on the body is something that ought to be addressed soon, and luckily there are several ways to approach this issue. First, the NIH and other grant-giving organizations should encourage more research into the effects of sugar on the diet that can be performed transparently, with researchers disclosing all financial backers. Second, federal bodies that regulate and quantify amounts of fat that should be in the diet should take a closer look at their recommendations, consider the data that has influenced the recommendations, and seriously think about revising them. Sugar intake in the United States is remarkably high; while affected industries have been successful in minimizing research that could change this, times are changing and so should our diet.