Wearable Tech: A Growing Fad, or Centuries in the Making? 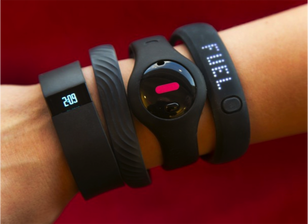 When most people hear the term “wearable technology”, they think of one of two things: Google Glass and Apple Watch. Wearable technology, henceforth referred to wearable tech, however, encompasses a much larger spectrum of products. Many of these have been around for a while and, more importantly, many of the products provide us with the opportunity to observe insights into human behavior.

The tech world is constantly changing, and wearable tech is no exception. In its definition, one of the first wearable “devices” was a pair of eyeglasses. Designed to enhance a person’s life by providing clarity and enhanced perception, eyeglasses might seem like a stretch from the more conventional examples of wearable tech we hear about today. However, if we consider account that many pieces of modern wearable tech have built on more basic models of the same general idea, it is not difficult to see Google Glass as little more than a new model of some existing wearable tech.

There are, of course, several other pieces of wearable technology that have developed over time. During the nineties, wearable tech to progress with the increased availability of beepers, or pagers, as commercially sold products, as well as the invention of the mBracelet. Developed in 1999, the mBracelet prototype flaunted eight brightly colored, personalized bracelets and the ability to complete financial transactions with ATMs. Like many good tech inventions, however, the mBracelet was about a decade ahead of its time, and while the prototype never really made it to market, the mBracelet’s core principles have been incorporated today into most smartwatches today. Following the same idea, recent news that Apple has filed a patent for an Apple Ring might seem new and innovative; however, it is builds off an earlier product with the same idea. Made in the Qing Dynasty era, the 1.2 cm long and .7cm wide “abacus ring” is the world’s oldest smart ring. Simply consisting of a real abacus that sits on a finger, it is an interesting precursor to the smart ring today, and an unsurprisingly similar to the tendency of wearable tech today to improve on tech created earlier.

The advantage of today’s wearable technology lies in more than just the benefits of the piece of technology itself. For example, Google Glass may essentially put a computer screen on your eye, but while it takes away the need to look down at our phones or tablets all the time, it also reveals insights into how people interact on a daily basis. Researchers at West Virginia University wanted to test exactly that: Does Google Glass impact the way people talk to each other?  "When you have your smartwatch or your smartphone, you grab it, you look down at it, and then you look back to the person you're talking to. In a way, that's sort of a signal. I'm looking at you, now I'm going to pay attention to something else, and now I'm going to pay attention to you again. How does that change when someone wears their technology, literally in their field of vision?" says Dr. Nicholas Bowman, one of the lead researchers on the project.

In order to find answers, the team set up a study group at WVU and advertised it as a way for students to share their feedback on the Personal Rapid Transit, or the PRT, on campus. However, the study’s true purpose had absolutely nothing to do with the PRT. Two students participated in each conversation; one had Google Glasses on and the other didn’t. The student wearing the pair of Googles Glasses was fed fake information about the student across from him/her but was not aware the information they were being fed was fake. "In the conditions where people were wearing Google Glass, they didn't stay on topic as much," Bowman said. "One of the ways we saw that was looking at some of the transcripts and the open ended answers in the surveys. The control group (without Glass) mentioned the PRT a lot more, in terms of remembering it, where as the Glass group didn't mention the conversation as much. It's almost as if they were paying a bit more attention to the Glass itself." Bowman went on to mention he learned a lot more than just the role of Google Glass in how users form an impression of the person they’re talking to; he also had the chance to observe how the person without the device views the person with it.

In 2015, wearable tech is at an interesting stage. We have the resources to build on previous models in substantive ways, and while doing so, we have the resources to, more importantly, gather insights into how human behavior interacts with pieces of technology. The West Virginia University study may have used Google Glasses to observe how people interact with one another, but the future certainly holds opportunities for more research in the impact of wearable tech on human behavior.